In 2017 the GC32 Racing Tour will build on its position as the circuit offering the ‘best possible foiling experience’ to competitors, with an easily-accessible five regatta circuit spanning southern Europe.

Welcoming both professional teams and those with owner-drivers, the 2017 GC32 Racing Tour will visit top European sailing venues offering the best chance of 10-20 knot winds and flat water; conditions that promote optimum foiling. As always on the Tour, races are short, but the venues allow large enough courses to be set, so the flying catamarans can stretch their legs fully and crews can experience why the GC32 is one of the world’s fastest one designs.

Today the dates of the five events in 2017 have been confirmed along with three venues. The GC32 Racing Tour organisers are concluding negotiations with other European venues and the choice of the final two will be announced early in the New Year.

To get the season off to a big start, over 11th-14th May, the 2017 GC32 Racing Tour will visit probably the ultimate location for foiling: Nestled among the Italian alps, Lake Garda is a venue renowned for its flat water and big wind conditions, making it one of the most popular choices for grand prix sailing championships.

The Tour will be hosted by the Fraglia Vela Riva, situated at Riva del Garda in the northern corner of the Lake. In 2016, Riva del Garda also opened the GC32 Racing Tour and it was here that Team Tilt set a new GC32 speed record of 39.7 knots. Could 2017 be the year when the GC32’s 40 knot ‘sound barrier’ finally falls?

President of the Fraglia Vela Riva, Giancarlo Mirandola said: “The Fraglia Vela Riva is proud and motivated to host once again the GC32 Racing Tour with the second edition of the GC32 Riva Cup. The incredible spectacle of the last edition excites us for the future, with the boats of the ‘future’ now a clear and fast ‘present’, sailing at speeds of over 30 knots…” 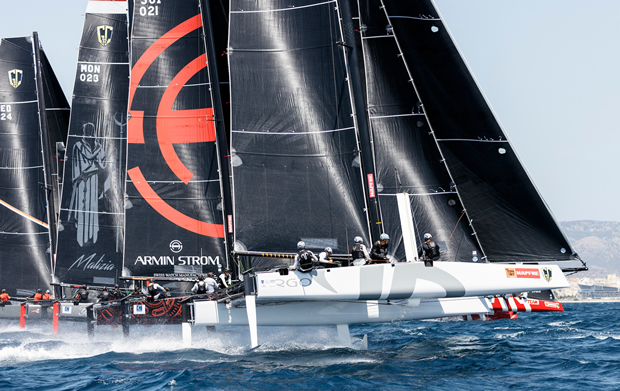 A new venue for the GC32 Racing Tour’s second stopover in late June will be announced soon, while its third event will again be the Mediterranean’s largest multi-class regatta, Copa del Rey MAPFRE, organised by the Real Club Nautico de Palma. Held on the Bay of Palma, this event is regular fixture for the world’s top sailing teams in classes like the Maxi 72 and TP52. This year the event proved popular with the ten GC32 teams as it was the first occasion high speed foiling catamaran racing had been showcased at the heart of the Mediterranean yacht racing establishment.

Javier Sanz, President of the RCNP said: “We are very happy to have the GC32 fleet competing again at Copa del Rey MAPFRE. They represent the avant-garde of sailing and could not be missed in a regatta like Copa del Rey MAPFRE. In the last edition we already saw their potential and we welcomed big names of the sailing community in our club. They told us that they were delighted not only to sail here, but also with the friendly ambiance of the regatta and its social programme.

“In 2017, we hope the conditions on the Bay of Palma will allow us to see the GC32s sailing at their maximum potential.”

In September, the 2017 GC32 Racing Tour moves on to its fourth venue which will be announced in January.

For a fourth year running, the GC32 Racing Tour is scheduled to conclude with Marseille One Design in October, where this year GC32s competed alongside other foiling craft, the singlehanded Moth dinghy and the GC32s’ little brother the 18ft Flying Phantom. Renowned for being a ‘big wind’ venue, the race area on the Rade Sud is protected offering flat water in most wind directions.

This year’s final event of the season saw two teams jockeying for the overall title and competition will be equally intense in 2017. Marseille One Design is also where the 2017 season’s Owner-Driver champion will be decided, the title won this year by American Jason Carroll and his Argo team.

2017 will be a big year for France’s second largest city when it will be ‘European Capital of Sport’. Marseille is to be venue for the sailing events for the 2024 Olympic Games, should Paris win its bid to host them. 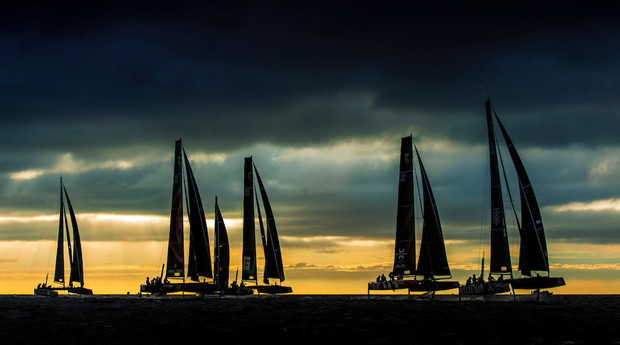 Manfred Ramspacher, CEO of Marseille One Design organiser, Sirius Events, said: “Marseille City and Sirius Events were very pleased with the 2016 GC32 Racing Tour circuit, the large number of teams, the ultra-high level of the competition; undoubtedly I think the future of the GC32 and the Racing Tour is great. We are pleased to be again part of this story in the next years.”

Anticipating the 2017 GC32 Racing Tour, its Manager, Christian Scherrer said: “I am looking forward to next season when we shall visit some exciting new venues while we will continue the cooperation with some of the venues we worked with this season to improve the quality of the GC32 Racing Tour and the racing for the competitors.”