“Breeze On” for the Foilers of Lagos Five races in an ever-increasing breeze resulted in a second day of the GC32 Lagos Cup 1 that will linger long in the memory. The scores see-sawed back and forth between the six crews and just 2 points separate the middle order of Team Rockwool Racing, Black Star Sailing Team and Zoulou. After winning the […] 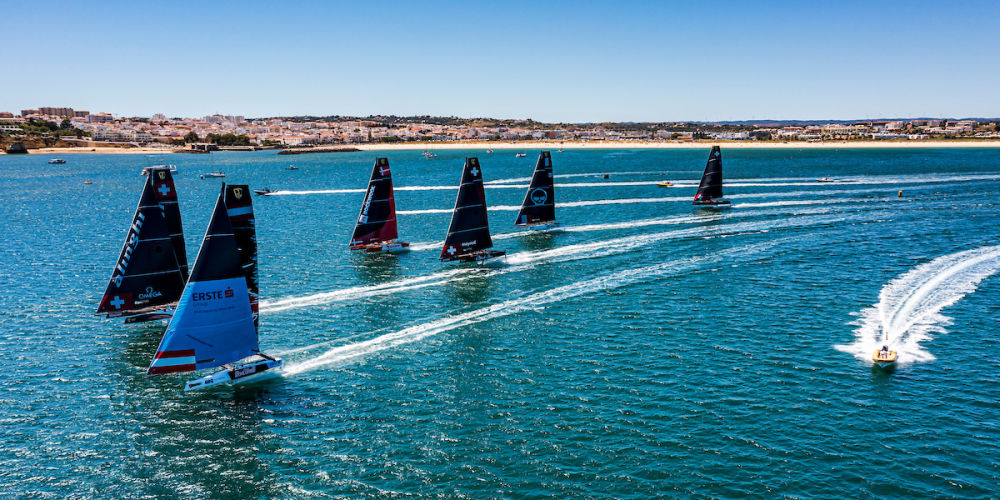 “Breeze On” for the Foilers of Lagos

Five races in an ever-increasing breeze resulted in a second day of the GC32 Lagos Cup 1 that will linger long in the memory. The scores see-sawed back and forth between the six crews and just 2 points separate the middle order of Team Rockwool Racing, Black Star Sailing Team and Zoulou.

After winning the final race of day one, Red Bull Sailing Team was fast out of the blocks this afternoon, the Austrians winning the opening race ahead of series leader Alinghi. The Swiss bounced back with a race win in the next, and this time it was the new crew from Denmark that were the closest threat to Alinghi, Nicolai Sehested steering Team Rockwool Racing to second across the line ahead of the double Olympic Champion Roman Hagara and Red Bull.

Black Star Sailing Team were putting together a steady run of scores following a good opening day in Portugal. A 3rd, then a 4th, and things seemed to be going well for Christian Zuerrer’s Swiss crew in the building breeze until disaster in the third heat when their mast broke and brought the afternoon to an untimely end. Fortunately no injuries, only missed opportunities and a busy evening of boat repair as the Black Star crew fought to get ready for the concluding weekend of racing on the spectacular Algarve. 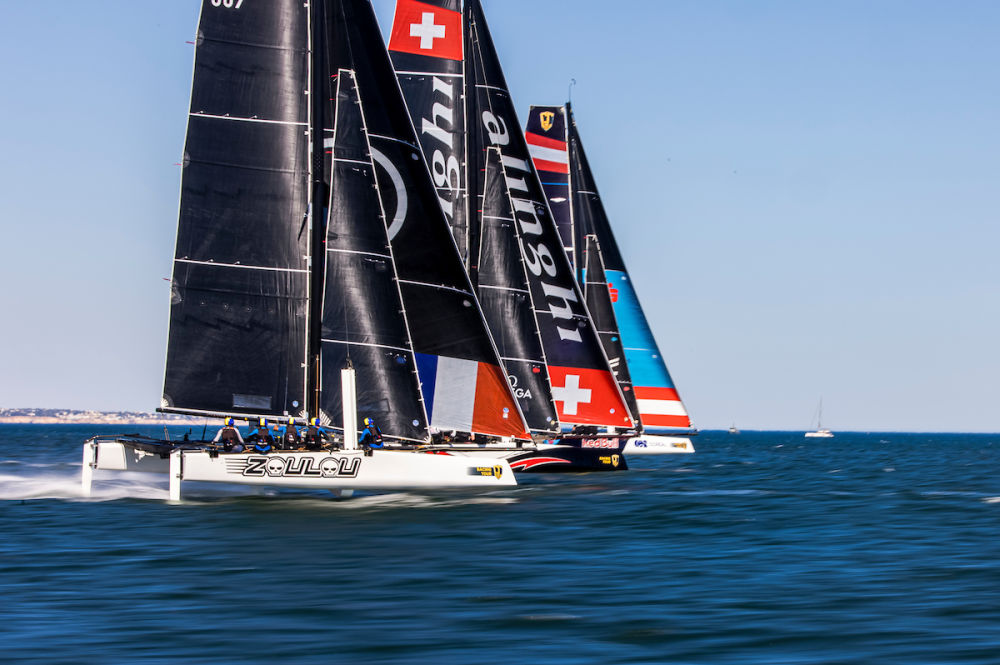 Meanwhile, the third race of the day was Sehested’s moment to prove that the previous race 2nd place finish was no fluke, the Danes surging to a first race win on just their second day on the GC32 Racing Tour.

In the next heat it was another group of newcomers on Swiss Foiling Academy who were first to spot the significance of a big windshift on the left-hand side of the first leg. Co-skippers Julien Monnier and helmsman Loic Forestier seized their opportunity and sailed a great race, passed only by the more experienced Swiss crew on Alinghi who won the race with Swiss Foiling Academy crossing the finish in second place. It was a huge confidence boost for the team, according to Monnier.

“We were very in phase with the wind today. When we saw that shift in race 8 we were pretty sure of our choice and I’m happy it worked out for us,” said Monnier. “Step by step we grow in the fleet and step by step we are reaching a higher performance with the boat; we can choose different modes more easily, and that gives us more time to stay focused on the racing.”

Alinghi’s helmsman Arnaud Psarofaghis complimented Swiss Foiling Academy on their growing stature: “We were not looking at them too much on that first leg but they sailed a really nice upwind leg. Really great to see them performing in the big breeze and looking forward to seeing their performance in the next few days.”

For the experienced Psarofaghis to talk about ‘big breeze’, you know that he really means it. “A very nice day in tricky race conditions, quite a bit more wind towards the end of the afternoon and with gusts over 25 knots in the last race, you had to stay focused. All the teams sailed really well – Rockwool won their first race and Red Bull gave us a strong challenge – but at the end we had a little edge.” 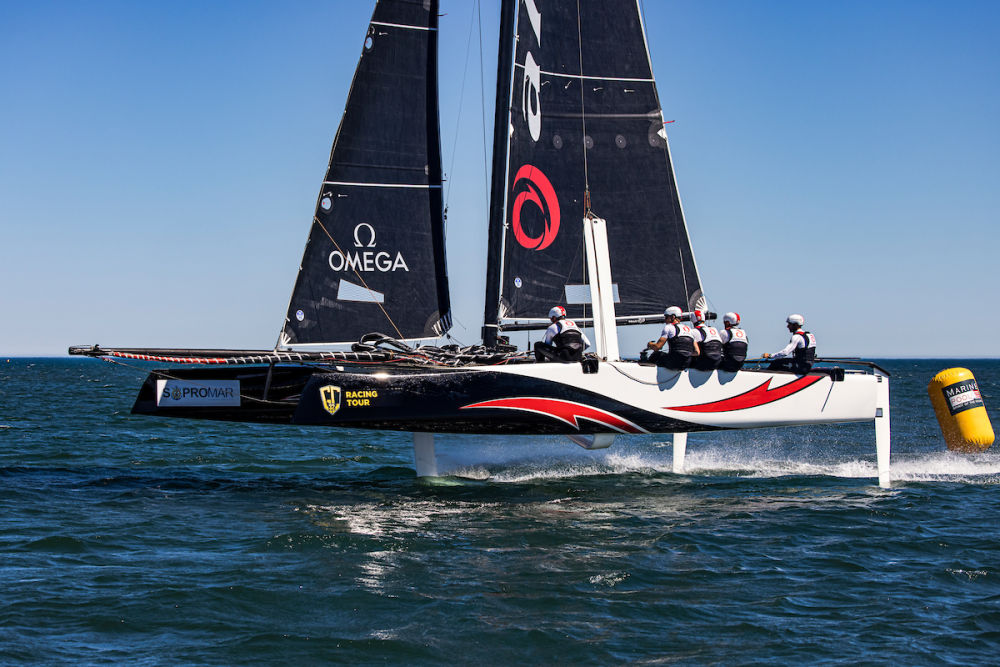