With the GC32 Riva Cup on Lake Garda starting tomorrow, the GC32 Racing Tour has saved the best for last with today’s announcement of a titan of sailing as its eleventh entry.

With a giant, diverse CV, Spain’s Iker Martinez is best known for his gold and silver 49er Olympic medals as well for skippering Team Telefónica in the 2011-2012 Volvo Ocean Race and sailing doublehanded round the world non-stop in the 2010 Barcelona World Race with his long term sailing partner Xabi Fernandez.

Although he is new to the GC32, Martinez is familiar with catamarans having campaigned a Nacra 17 for the Rio 2016 Olympics. He also has previous experience of flying during the 2013 America’s Cup with Luna Rossa, on their SL33 and AC72 foiling catamarans. However, he admits: “This will my first time racing a foiling catamaran. It seems okay. We have been sailing in Palma with Malizia – Yacht Club de Monaco and it was great. I am looking forward to seeing how it will be with 11 boats, but we’ll need some time before we can sail smoothly and well.”

“I am very happy with them,” says Martinez. “We know we are late and that crews who sailed in the last years have learned a lot. We know that it will be painful initially in Garda – but we just have to launch into it and learn as quickly as possible.

“We have good skills in our crew, so I am not worried about that. We have to learn how to be quick and how to start with so many boats. We did one week of training with two boats and already we’re much better. We know more or less how to do the tacks, gybes, starts, etc. Our goal is to be quick in the first race, improve our boat handling and ultimately be full on. 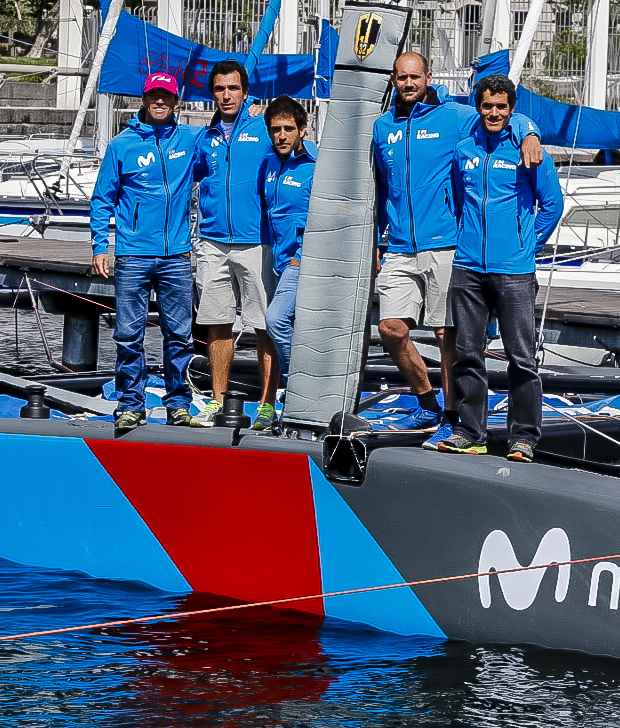