GC32 crews braced for big breeze Lagos A sensational four days of flying catamaran racing lies in store for the GC32 fleet as the second event of the 2021 GC32 Racing Tour season starts tomorrow (Thursday) in Lagos on Portugal’s Algarve coast. The forecast is for winds into the high teens on Thursday-Friday, into the early 20s on Saturday before dropping fractionally […] 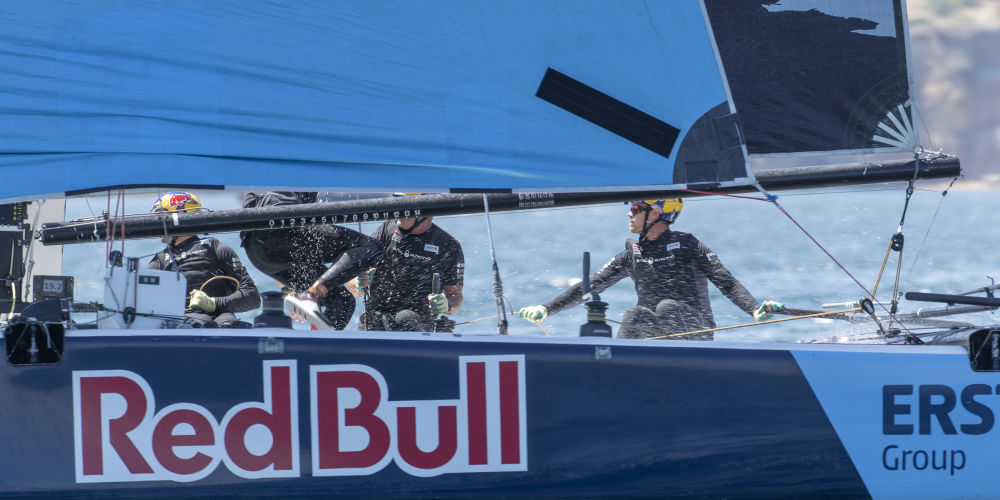 A sensational four days of flying catamaran racing lies in store for the GC32 fleet as the second event of the 2021 GC32 Racing Tour season starts tomorrow (Thursday) in Lagos on Portugal’s Algarve coast. The forecast is for winds into the high teens on Thursday-Friday, into the early 20s on Saturday before dropping fractionally for Sunday’s final races. These are northwesterlies, blowing offshore, which means gusts, but flat water – perfect for maximum speed GC32 sailing, while testing teams to their limits.

Ernesto Bertarelli’s defending GC32 World Champions on Alinghi remain the firm favourites after their victory here earlier this month, but the level is rising everywhere. Christian Zuerrer’s Black Star Sailing Team is looking to topple their Swiss compatriots. Another to watch is Red Bull Sailing Team with Australian 49er Olympic gold medallist turned America’s Cup and SailGP skipper Nathan Outteridge standing in for Roman Hagara, who is away in Japan with the Olympics.

Outteridge has limited previous GC32 experience, and none recent. He and an Artemis Racing crew took over Sultanate of Oman from Leigh McMillan’s series winning team for one event in 2015 and sailed Torbjörn Törnqvist’s Gunvor for another in 2016. Otherwise he has exclusively helmed Artemis Racing’s AC72 and AC50 and most recently Japan’s SailGP entry.

Of the GC32 Outteridge says: “They are cool boats. The simplicity of their logistics is pretty nice – a high performance boat that you don’t need to lift in and out daily. It is complicated on board because you need to have a good five person team to do the manoeuvres properly and I have to plan ahead a bit more than say, on the F50, where you can make a decision and do it in about five seconds because it is all electronic and push button.”

He is also having to get used to more ‘seat of the pants’ sailing as the GC32s have no software to help them start or make layline calls with millimetre accuracy and they are also having to reacquaint themselves with a powerful genniker, not used on SailGP’s F50s.

Can these A-listers make an impression on Alinghi? “We were far from contending with them in practice yesterday, but if we can start well and put ourselves in some good positions…” Outteridge muses. 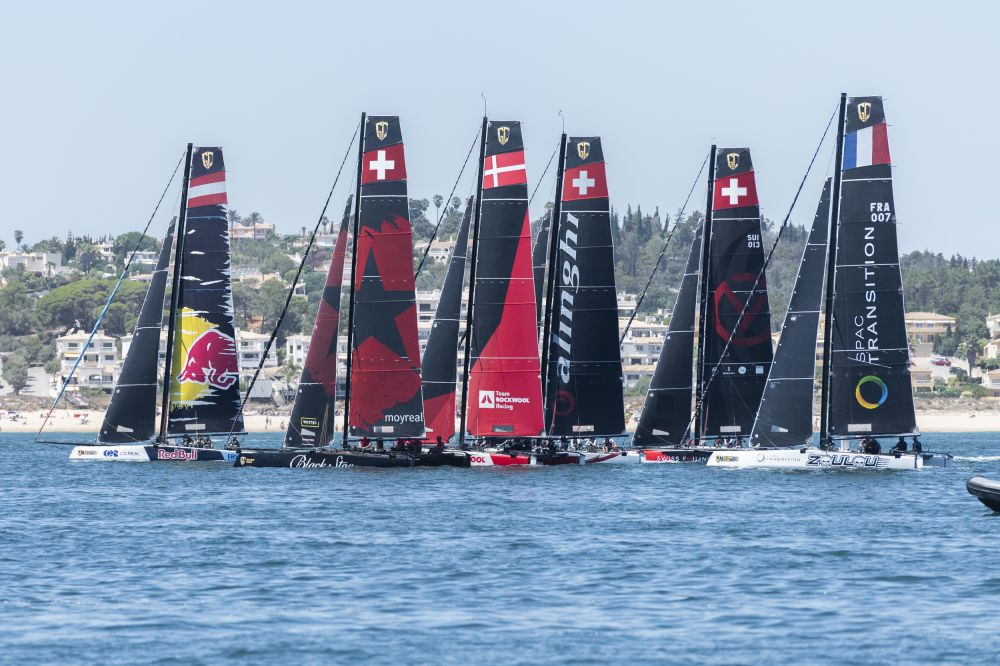 Frenchman Erik Maris’ Zoulou finished second in the final event of the last full season of the GC32 Racing Tour in 2019. However he admits he has found it more of a struggle to jump back on the saddle than he expected at this year’s opening event, when Zoulou finished second last: “It was not as easy as we thought it would be, especially given the conditions – it was very windy for the first event. The level has certainly not decreased and it won’t decrease this week with the new additions to the fleet. We have work on our hands…”

However he and his team, that includes America’s Cup veteran Thierry Fouchier and former Groupama Team France tactician Thomas le Breton, are enjoying Lagos. “It is all good – sunny, windy and flat water.”

Great things are expected of Nicolai Sehested’s Danish crew on board Team Rockwool Racing this week, but on the steepest learning curve are the other newcomers to fleet – Swiss Foiling Academy. Led by mainsheet trimmer Julien Monnier and helmsman Loick Forestier, the Swiss Foiling Academy is a worthy initiative that trains up young Swiss sailors in the sport’s newest discipline. “It was a good improvement for us,” says Monnier of their first GC32 Racing Tour event a month ago. “We learned a great deal and our learning curve is very high. We want to continue this progression.”

On the GC32 Racing Tour they have a squad of nine sailors including three women, Jessica Berthoud, Louise Thilo and Laurance Mettraux (whose brother Bryan races on Alinghi). This mixed line-up enables them to sail six-up instead of five. Typically one crew gets rotated each day. “They stay in the same positions which makes it better for them to learn,” says Forestier. Coaching them here is Swiss 470 sailor Kilian Wagen. 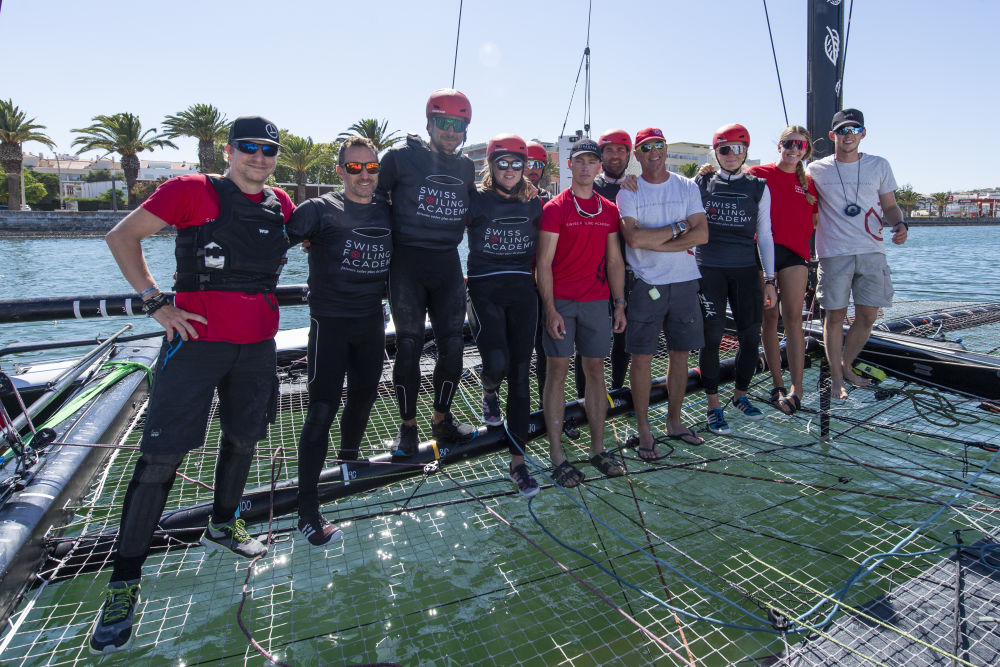