GC32 World Championship 2021 – gearing up for Villasimius In one month’s time the GC32 Racing Tour is set to return to the idyllic Sardinian seaside resort of Villasimius for the headline event of its 2021 season: the GC32 World Championship. While the first two events of the 2021 GC32 Racing Tour have taken place in Portugal’s Algarve with exclusively European teams, the slow […] 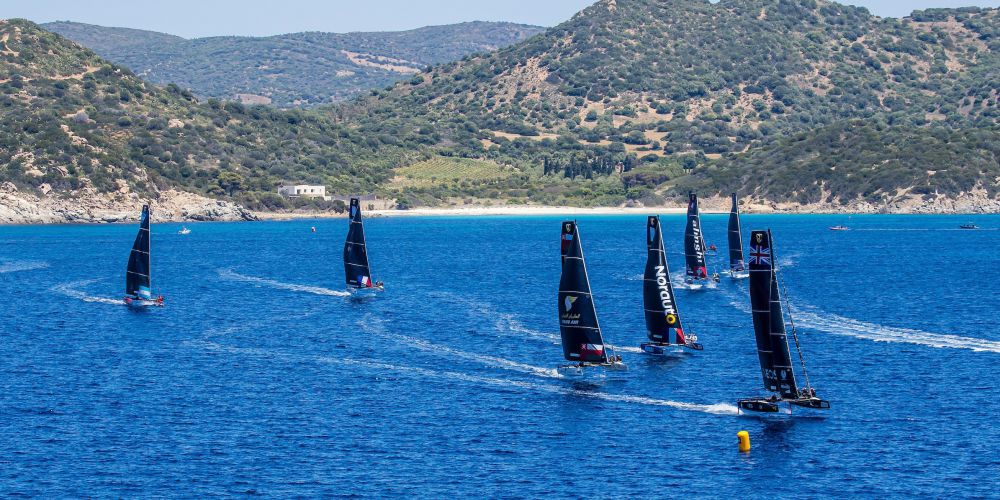 In one month’s time the GC32 Racing Tour is set to return to the idyllic Sardinian seaside resort of Villasimius for the headline event of its 2021 season: the GC32 World Championship.

While the first two events of the 2021 GC32 Racing Tour have taken place in Portugal’s Algarve with exclusively European teams, the slow easing of international travel restrictions due to COVID-19 means that overseas teams from afar afield as Australia and USA have signed up to compete in the World Championship, taking place over 15-19th September.

At least nine teams will be on the start line, including Ernesto Bertarelli’s Alinghi, winner of the first two events of this 2021 season and also the defending GC32 World Champion having been crowned in Lagos, Portugal in 2019. Returning to have another attempt at gaining the title is another from Switzerland, Team Tilt, skippered by Sébastien Schneiter, winner of the first GC32 World Championship in 2018 with a crew including Australian, Glenn Ashby, a three time America’s Cup winner and 10 time A-Class catamaran World Champion. Schneiter has recently returned from representing Switzerland in the 49er at the Tokyo Olympic Games. Also making a welcome return will be GC32 Class Association President Simon Delzoppo with his .film Racing team from Australia. 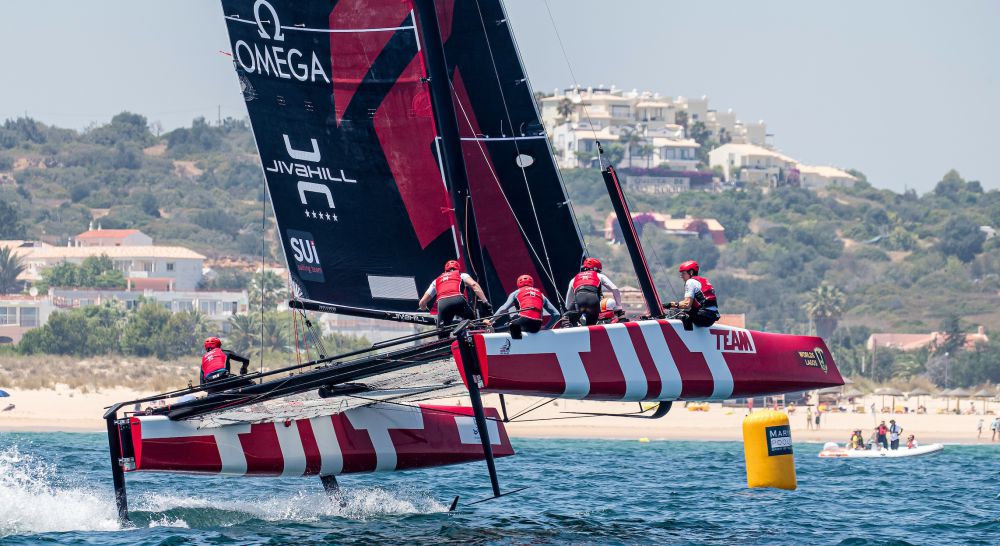 Christian Scherrer, GC32 Racing Tour Manager commented: “After the first two events in Lagos, Portugal I’m very much looking forward to seeing the full GC32 fleet going head to head for the World Championship. Villasimius is a wonderful place for sailing. This will be the fourth time we have come here and this time it is appropripriate that it is for the GC32 World Championship.”

Designed by Luna Rossa’s Design Co-ordinator Dr Martin Fischer, the GC32 is currently the only foiling catamaran ‘big boat’ class recognised by the sport’s governing body, World Sailing. This endorsed has permitted the GC32 Class Association to hold an annual world championship, which it has done since 2018.

Located at Sardinia’s southeastern tip, Villasimius is a popular Italian holiday destination. It is magnificently situated, with white sandy beaches, azure waters and a mountainous backdrop, andis most notable for its protected marine area around Capo Carbonara and the Notteri pond, an inland salt water lake popular with pink flamingos. These are located a stone’s throw from Marina di Villasimius, the well-equipped marina where the GC32 fleet will be moored for their World Championship.

Villasimius has long been a popular with tourists but is becoming increasing known as a centre for sailing, yacht racing and regattas. The GC32 Racing Tour has helped to put the town on the international sailing map – this will be the fourth occasion the high octane flying catamaran class has visited.

Sergio Ghiani, Council member of the Lega NavaleVillasimius and City Delegate for Tourism said : “We are excited to have been selected as the venue for the GC32 World Championship and we all hope to have a great event in 2021. The local organising team has been working hard for over three years during past events to achieve this result. As Delegate for Tourism I believe this is a unique opportunity to make Villasimius known on an international level and to raise its popularity with the sailing community worldwide.

“Villasimius has bet on activity tourism, and sailing is a perfect example of this strategy. We are happy and proud to do everything possible to make Villasimius a top sailing destination and to involve the city, its residents and its visitors too.”

Amedeo Ferrigno, Marina Director added: “We have committed to this great event since the very beginning, so we are proud now to host the World Championship and have those professional teams challenge themselves in this beautiful spot. We are investing a lot of resource in this because we strongly believe sport as being the way to give the right image of our territory. Our Marina will be happy to host such a important event and provide the hospitality to all the teams.”

Giovanni Chessa, Chairman of the Tourism Board of RegioneSardegna said: “As councillor for tourism in the Sardinia region, I am pleased to contribute to this world class event, which will bring great visibility to Sardinia over 15-19 September, also thanks to the fabulous location of Villasimius where the GC32 World Championship will be hosted. I thank all the organizers and a special thanks to the mayor Luca Dessi and to councillor Sergio Ghiani who are contributing to many international sports initiatives.”