KIEL SAILING CITY to host GC32 Racing Tour Kiel is to be the German stopover for the 2015 GC32 Racing Tour. Racing for the GC32 foiling catamarans at the GC32 Sailing Cup Kiel will be held on Kiel Fjord, in the heart of the city, over 30th July until 2nd August. 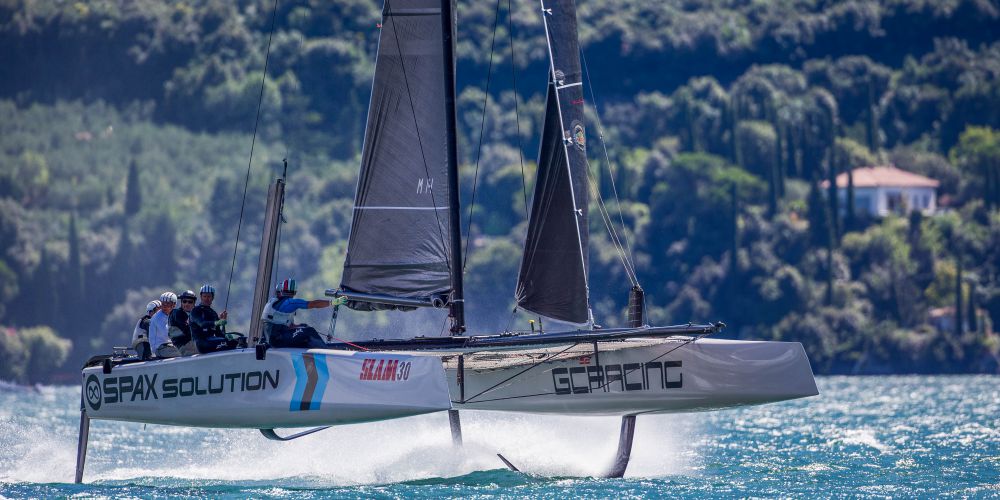 Kiel is to be the German stopover for the 2015 GC32 Racing Tour. Racing for the GC32 foiling catamarans at the GC32 Sailing Cup Kiel will be held on Kiel Fjord, in the heart of the city, over 30th July until 2nd August.

Situated on Germany’s Baltic coast, Kiel is the country’s sailing capital. Every year it hosts Kieler Woche (Kiel Week), one of the largest sailing festivals in the world. It also has previous experience with multihulls – the Extreme Sailing Series was held there for three years over 2008-2010, while in 2012 it was the start port for the European Tour of the MOD70 trimarans. However the GC32 Sailing Cup Kiel will be the first occasion Kiel has hosted a fleet of foiling catamarans, similar, but smaller, to those used in the America’s Cup.

For the Lord Mayor of Kiel, Dr. Ulf Kämpfer, the GC32 Sailing Cup Kiel will be the second big sailing event of the year after Kieler Woche: “I am very delighted that it was possible for us to get the GC32 series to Germany for the very first time. It will be a totally new and spectacular sport event – not only for Kiel and Schleswig-Holstein but for all of Germany. This also represents another step for Kiel as a leading host city for international sailing events. Furthermore it underlines our application to host the Olympic Sailing competition in 2024.”

Running the logistics of the GC32 Sailing Cup Kiel the Kiel-Marketing GmbH is particularly looking forward to the event. “On Kiel’s Inner Fjord, we have been able to hold many spectacular races, but having seen the racing in the south of France, this promises to be yet another increase in excitement level this July.” stated Uwe Wanger (CEO of Kiel-Marketing GmbH).

The public in Kiel is renowned for its enthusiasm for sailing. Crowds in their millions regularly attend Kieler Woche and a similarly huge turn-out lined the banks of Kiel Fjord when the Volvo Ocean Race finished there in 2002. “For the MOD70s we had 80,000 spectators at the races, so we are expecting to have nearly 100,000 to watch the GC32s if the weather is good,” continues  Axel Bauerdorf General Manager of Kiel-Marketing. “I think that is also the reason why the sailors like to sail here and hosting the GC32 Racing Tour is the next step for us and for the spectators, because when the boats lift their hulls it will be spectacular.”

Racing at the GC32 Sailing Cup Kiel will take place over Friday, 31st July until Sunday, 2nd August on Kiel’s Inner Fjord, in the very heart of the city. Measuring (dependent upon the wind direction), just 700m across by 1.5km at its maximum, the race course will be the most confined the GC32s will compete upon during the 2015 GC32 Racing Tour. Given that the foiling catamarans are capable of speeds well in excess of 30 knots, the racing, organised in association with the Kieler Yacht-Club, is expected to be action-packed. 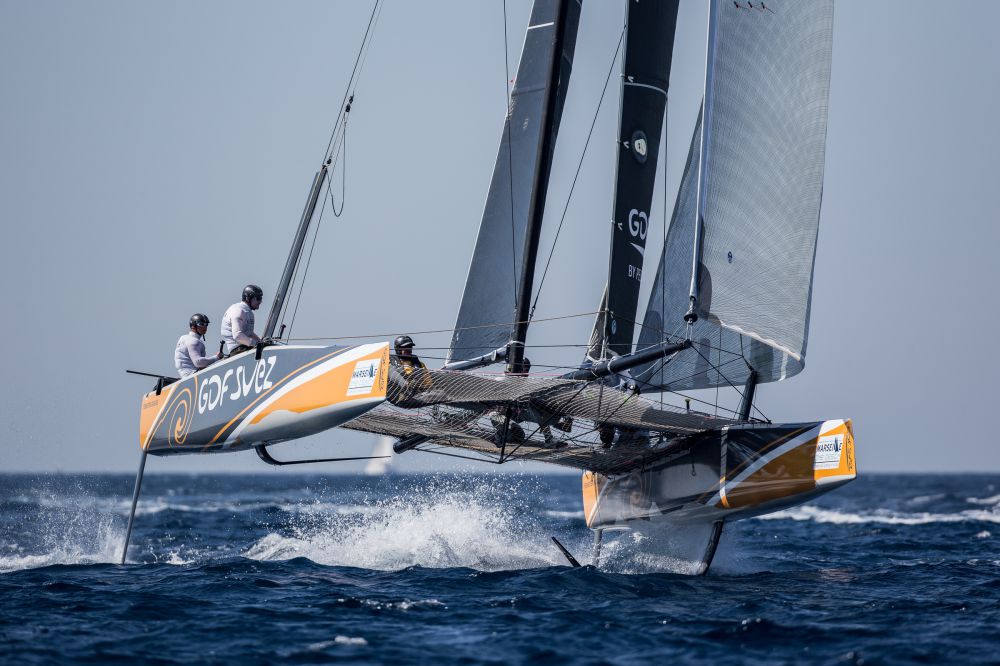 Flavio Marazzi, the Swiss skipper of the GC32 Armin Strom Sailing Team is looking forward the challenge of competing in his lightning fast boat on the Inner Fjord. “It will be the most confined sailing area we have this year and it will be great to have different challenge. Immediately before that we have the Round the Island Race in England which will be like an offshore race in comparison. Then we’ll move to this very small area, which will be totally different.”

Marazzi is also President of the GC32 Class Association and personally is no stranger to racing in Kiel. In 2011 he won the Star Class at Kieler Woche. However he admits it will be the first time he has raced on the Inner Fjord, in the heart of the city. “It looks very interesting – it is a small place, but it will be good for spectators and sponsors and fans. Kieler Woche gets two or three million visitors, so I think the people of Kiel are sailing enthusiasts. I hope they will come out and watch.”

For GC32 Sailing Cup Kiel a race village will be set up, with spectators able to view the racing from the banks of the Inner Fjord or from a special grand stand, where they will be able to listen to live commentary.

Thursday 30th July will be a media day, when there will be demonstration races including, possibly, a longer distance race out around a lighthouse at the mouth of Kiel Fjord.

Up-to-date information on the GC32 Sailing Cup Kiel can be found online: www.gc32racingtour.com or www.sailing-cup-kiel.de. Images and movies can be found here, too.