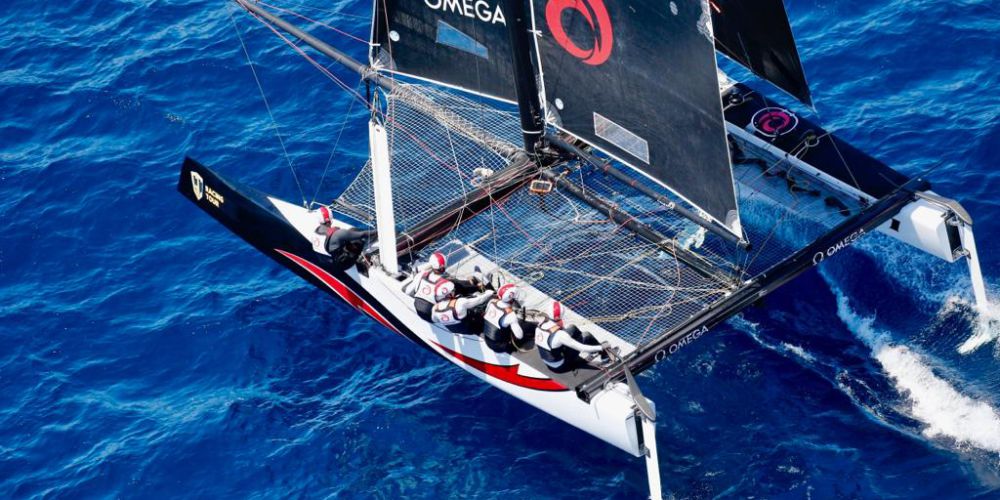 Following a lengthy tenure on the Extreme Sailing Series, Alinghi  has joined the GC32 Racing Tour.

Ernesto Bertarelli’s Alinghi is famously a two time winner of the America’s Cup, and the first ever winner of sailing’s premier event in Europe. The Swiss team’s record on the Extreme Sailing Series was unparalleled, winning it four times, including the 2018 season, and finishing runner-up twice. Red Bull Sailing Team made it on to the Extreme Sailing Series podium in 2013, 2015 and 2016.

“We are very excited to return to the GC32 Racing Tour, which we haven’t raced in since 2015, and look forward to discovering new venues, race formats and opposition,” states Alinghi Team Director Pierre-Yves Jorand. Aside from having one of the most experienced multihull sailors as an owner in Ernesto Bertarelli, Alinghi has also benefitted from having a finely tuned crew that has grown and developed together over multiple formats over the course of more than a decade. Most recently Swiss powerhouse Bryan Mettraux, a previous GC32 Racing Tour crew with Team Tilt and Realteam, has come in for Nils Frei who remains with the team, both in reserve on the crew, but also taking-up a new position as a coach. “Bryan is strong and smart. He is basically a trimmer but he is an all-rounder – very comfortable in any position,” explains Jorand. The team also includes Yves Detrey, Nicolas Charbonnier and Timothé Lapauw.