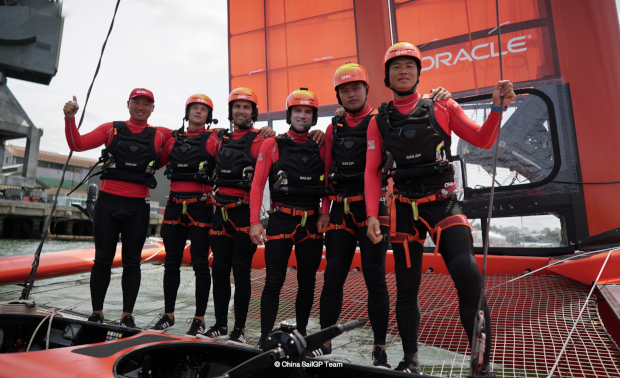 New to the GC32 Racing Tour will be CHINAone NINGBO, but the team led by New Zealand’s Phil Robertson has immaculate pedigree in the M32 catamaran class. With this team Robertson won the World Match Racing Tour in 2016 and 2017 and with CHINAone NINGBO won the M32 World Champion last year.

Personally Robertson also has considerable GC32 experience having skippered Oman Air to second place behind Alinghi in the Extreme Sailing Series last season after a third place in 2017.

However this will be the first outing aboard a GC32 for the team who are also representing China on the SailGP foiling catamaran circuit. Sailing with Ed Powys and three Chinese crew, Liu ‘Black’ Xue, Chen ‘Horace’ Jinhao, Liu ‘Leo’ Ming, Robertson admits they will be on a steep learning curve: “For CHINAone NINGBO it will be the first time we have sailed with a majority of Chinese on board. They are extremely inexperienced when it comes to high performance sailing, but giving them as much foiling experience as possible is part of the long term objective, so we’re jumping in the deep end with the GC32 Racing Tour.”