Ben Ainslie and Britain’s  America’s Cup sailors are to rejoin the GC32 Racing Tour in 2019, racing as INEOS Rebels UK, at the GC32 Villasimius Cup in southern Sardinia next week. Sir Ben Ainslie, well known for his four Olympic gold medals and one silver, is back on the high performance one design foiling catamaran circuit with a new line up of youth and experience.

Ainslie may have won the America’s Cup aboard Oracle Team USA’s flying catamaran in San Francisco in 2013 and helmed the British AC50 catamaran in Bermuda in 2017, but last season was the British team’s first foray on the GC32 Racing Tour. Despite missing the first event, they finished second place overall, with Ainslie steering the team to victory in the final event.

For Ainslie and the team, this season will see a big focus on crew rotation and development. Joining the Rebels line-up will be ‘interns’ Oli Gerber and Ben Cornish, who after an intense selection process became part of the senior Cup team back in January. Gerber will bring GC32 experience, having previously racing with the INEOS Rebels in the Extreme Sailing Series, Cornish is new to the class. 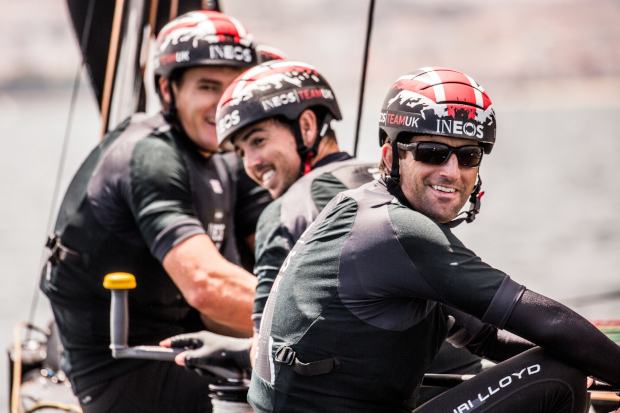