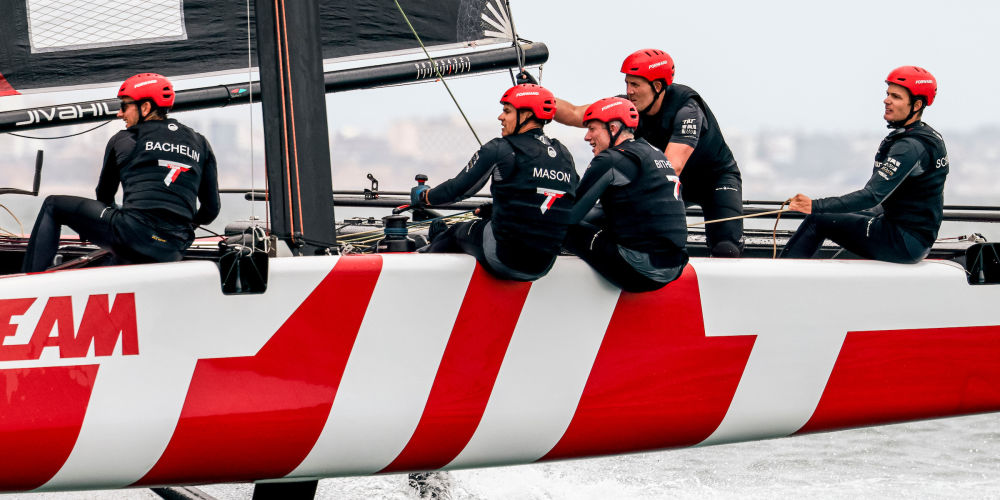 Team Tilt returns in 2022 in an attempt to reclaim the GC32 World Championship title which the Swiss campaign won in 2018 in Riva del Garda, following their highly creditable second place overall on the 2017 GC32 Racing Tour.

Created in 2002 by Alex Schneiter, Team Tilt is best known for competing on Lake Geneva, where it is a two time Champion on the M2 catamaran circuit and has also won Switzerland’s top sailing event, the Bol d’Or Mirabaud three times on board its canting keel Psaros 40 monohull. Team Tilt’s biggest success came in 2015 when it not only won the Bol d’Or Mirabaud on its D35 catamaran, but also the D35 Championship.

The team is also no stranger to foiling catamarans having developed its own boat, Syz & Co, at 10.8m long, a little longer than the GC32. It also competed in the Red Bull Youth America’s Cup in Bermuda.

More recently the team has graduated up to representing Switzerland in SailGP.