Villasimius and Mar Menor complete 2022 GC32 Racing Tour The GC32 Racing Tour will return to its full five event schedule in 2022. Following January’s announcement of the 2022 Tour’s first three events – the final two events will see the flying catamaran circuit return to Villasimius, Sardinia in mid-September with the season’s grand finale  once again concluding in Spain’s Murcia region on the […] 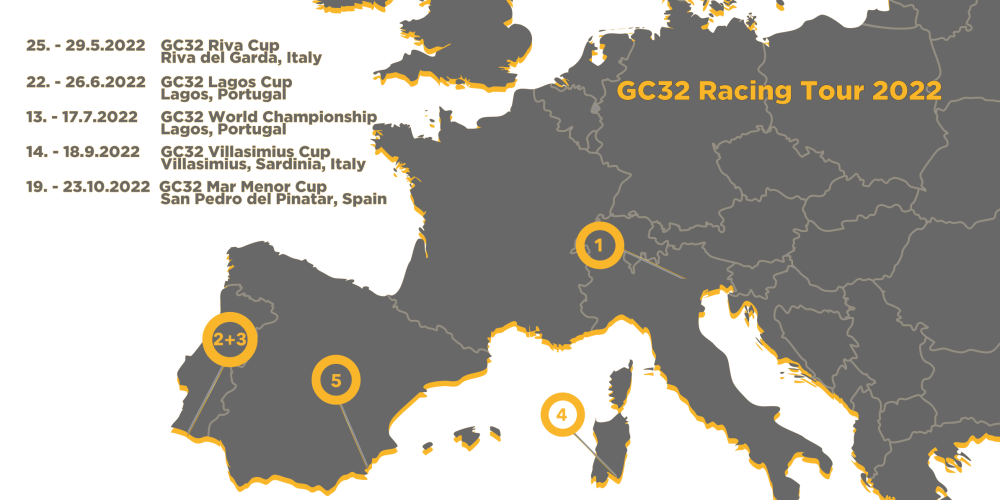 The GC32 Racing Tour will return to its full five event schedule in 2022. Following January’s announcement of the 2022 Tour’s first three events – the final two events will see the flying catamaran circuit return to Villasimius, Sardinia in mid-September with the season’s grand finale  once again concluding in Spain’s Murcia region on the near-landlocked lake that is the Mar Menor.

Fully revitalised after the pandemic, the circuit will begin with a much anticipated return to Riva del Garda at the end of May, followed by two events in Lagos, Portugal at the end of June and mid-July. Remaining in one venue saves on costs and reduces logistics for the teams and organisers. The GC32 is the only yacht-sized flying catamaran class to be recognised by World Sailing, the governing body of the sport and thus permitted to hold its own World Championship. Thus the latter of the two Lagos events will be this year’s GC32 World Championship, the pinnacle event of the season.

After Lagos there is a summer break in the circuit before the GC32 Villasimius Cup over 14-18 September. Located at Sardinia’s southeastern tip, Villasimius is a popular Italian holiday destination thanks to its white sandy beaches, azure waters and a mountainous backdrop, plus its protected marine area around Capo Carbonara and the Notteri pond, an inland salt water lake popular with pink flamingos. Nearby is the well appointed Marina di Villasimius where the GC32s will be moored. Mid-September, the temperature is ideal and the bay off Villasimius is well protected to provide flat water and breeze ideal for foiling catamaran competition. This year’s event will be the fifth time the GC32 Racing Tour has visited this venue, which hosted the GC32 World Championship last year. 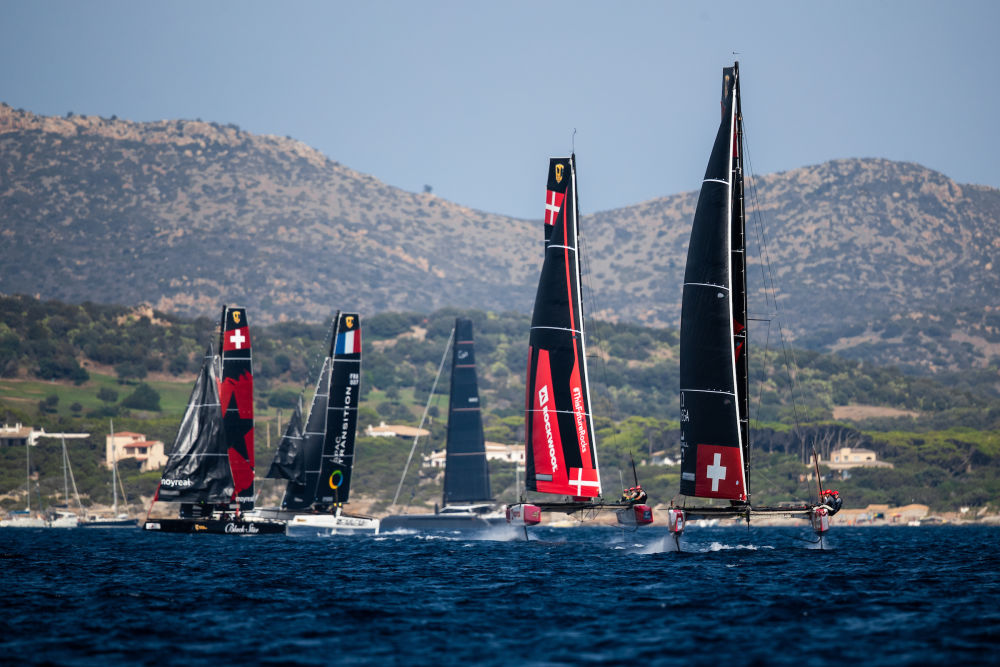 Above: The GC32 World Championship off Villasimius in 2021. Below: Good wind and flat water are key desirable features of racing on the Mar Menor. Photos: Sailing Energy / GC32 Racing Tour. 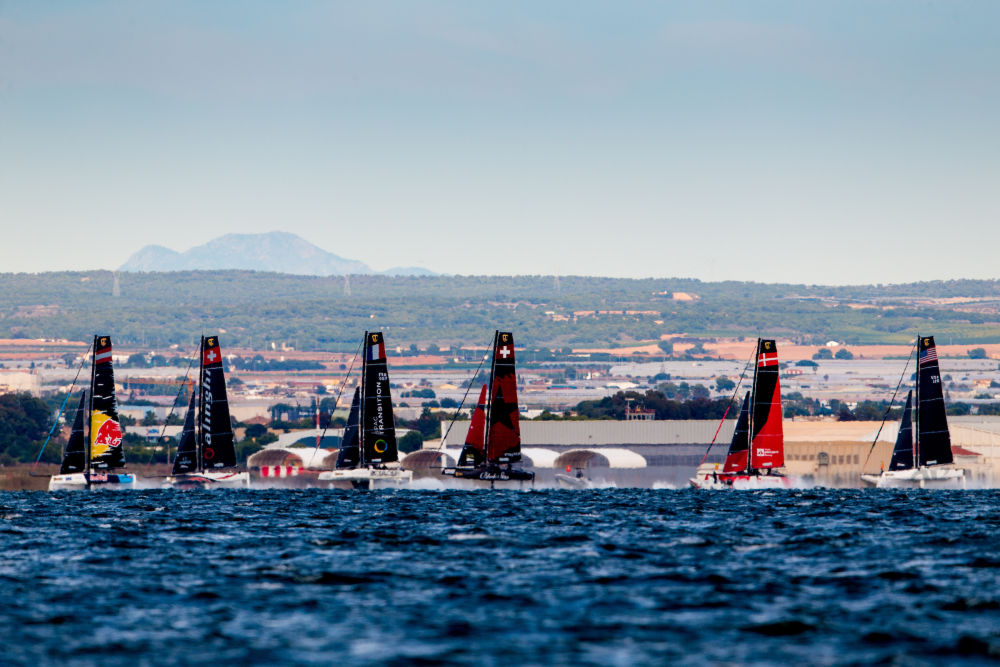 Taking place over 19-23 October out of San Pedro del Pinatar, the second edition of the GC32 Mar Menor Cup will see the climax of the GC32 season unfold on the flat waters of the Mar Menor, in southern Spain’s Murcia region. This event is being supported and hosted by the Club Náutico Lo Pagán with the support of Turismo Region Murcia, Autoridad Portuaria de Cartagena and local municipalities San Pedro del Pinatar, Cartagena, San Javier and Los Alcázares.

2022 will see a welcome return to the GC32 Racing Tour of GC32 Class President Simon Delzoppo, with his .film AUS racing team. Delzoppo welcomed the resumption of the full GC32 circuit after the hiatus due to the pandemic: “The GC32 Racing Tour is back for 2022 with a full five event calendar and I am personally thrilled to be able re-join it with my .film AUS racing team after a three year break.

“We will be visiting and racing at some amazing sailing venues and beautiful places such a Riva del Garda, then onto Lagos for two events with the main focus of many teams being the GC32 World Championship title, which attracts some of the world’s best sailors in a venue that offers perfect foiling conditions. Then it is onto Sardinia and Spain to complete the Tour.

“Each year the teams keep improving and getting faster, so there will be plenty of action and competition on the water with a strong mix of seasoned owner drivers and professional teams, along with some good times ashore along the way. I welcome everyone back on the GC32 Racing Tour.”