Weird Wind brings the Game closer With just one day remaining at Marseille One Design - the finale of the Bullitt GC32 Racing Tour 2015 - the game has drawn a lot closer, the outcome a lot more uncertain. A weird and whacky day of very light airs has almost wiped out Alinghi’s previously comfortable lead in this regatta. 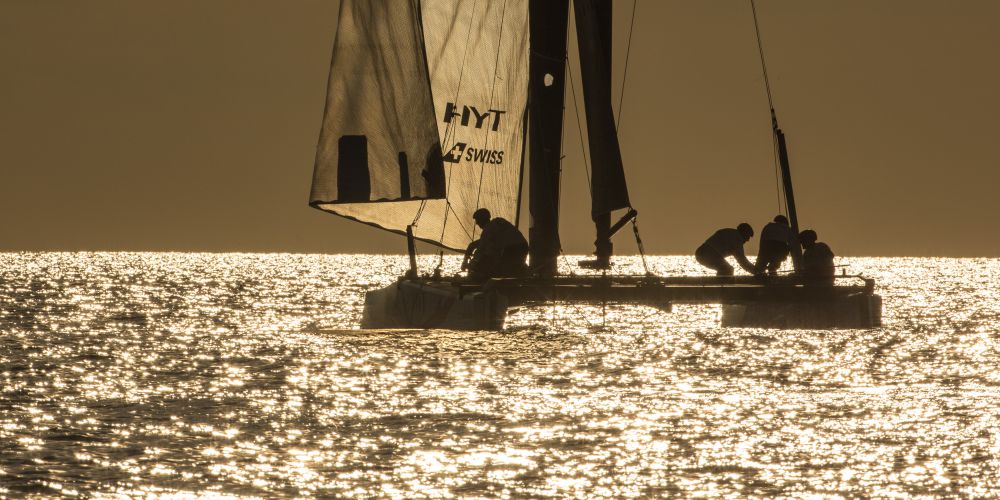 With just one day remaining at Marseille One Design – the finale of the Bullitt GC32 Racing Tour 2015 – the game has drawn a lot closer, the outcome a lot more uncertain. A weird and whacky day of very light airs has almost wiped out Alinghi’s previously comfortable lead in this regatta.

Morgan Larson’s crew now sits only 3 points ahead of Spindrift. Three back-to-back wins for Spindrift put Yann Guichard’s team on a roll, or appeared to for a while until the French team tumbled to last in the next race and fourth in the one after that. Without that end-of-day falter, Spindrift could even be leading.

Meanwhile two race wins for Sultanate of Oman means Nathan Outteridge is breathing down Spindrift’s neck, just 2 points behind. Between these top three teams, it will be all to play for tomorrow. An Alinghi victory no longer looks as assured as it did earlier this week.

Luke Parkinson, a member of the winning Volvo Ocean Race crew earlier in the summer, is part of the Oman crew skippered by Nathan Outteridge. “Today was a bit of skill and a bit of luck,” said the young Australian, whose team won two of the day’s six windward-leeward races. “We learned a lot about putting crew weight in the right place, and how to set up the boat. It’s going to be interesting tomorrow, the points have got tighter, and let’s see what we can do.”

Among many whacky moments, one of the strangest came in the penultimate race of the day, No. 16, when Spindrift looked like they had been left for dead off the start line. Then Guichard found a gust that brought him right back into the game, leading the fleet for a while, before falling out of the breeze on the final lap and slipping again to last place. Overall though it has been a good outing for the French crew who now have a realistic chance of taking the lead on what is expected to be a windy final day in Marseille. 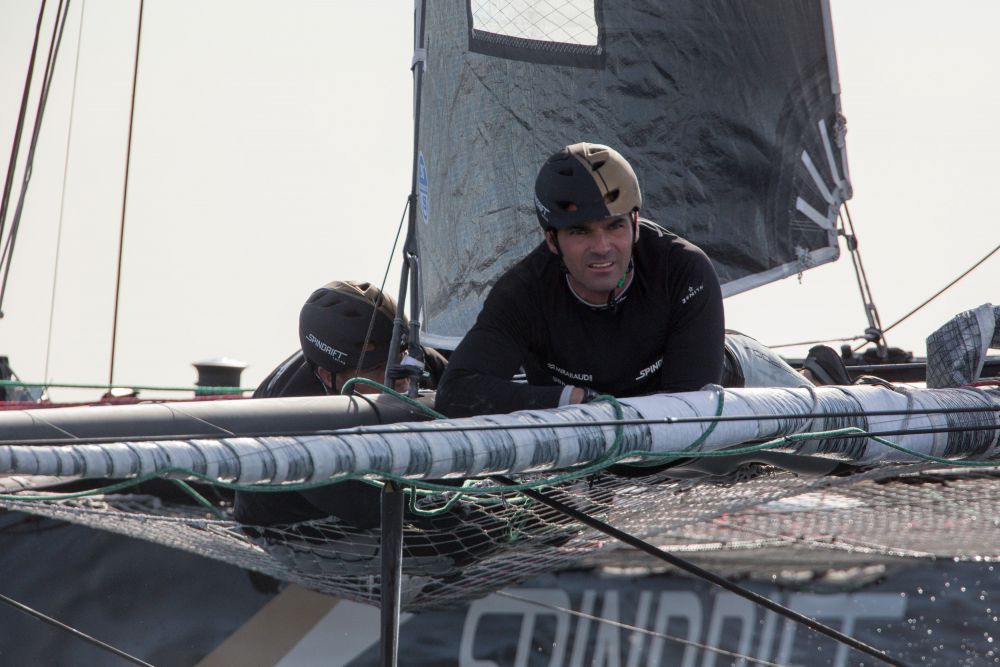 After four races near the back, ARMIN STROM Sailing Team got better towards the end of the day with a 2,3 in the last two heats. Even so, Flavio Marazzi was happy to put the day behind him. “There was a lot of luck involved today,” he said. “We’re looking to racing in stronger conditions tomorrow, in the kind of winds that these boats were designed for.”

Team ENGIE was first to catch what little breeze there was for the final race, zooming away from the parking lot that engulfed the rest of the fleet. But then others had their chance to catch the breeze, and at one point Alinghi zoomed from last to first. However Seb Rogues kept his nerve, holding off repeated attacks from different boats to steer ENGIE across the line in first place, less than a boat length ahead of Oman. “It was a nice way to finish the day,” said Rogues. “We changed our foil set-up which was causing us trouble earlier and we were going a bit faster. Overall it was a good day for our team.”

As if to emphasise what a strange and unpredictable day this had been, temporary leader Alinghi again had fallen back to last by the finish. No disgrace for the ever-calm Larson in such a lottery, but certainly making it much harder for the Swiss to defend their lead in tomorrow’s showdown.