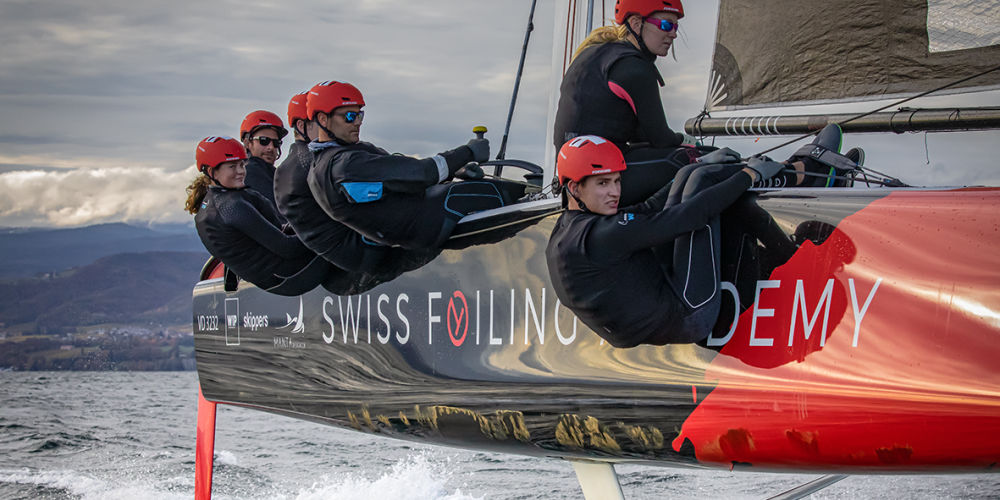 It aims to train up ‘ordinary’ Swiss sailors aged 18-25, aboard its fleet of Flying Phantom catamarans, and now its GC32 (ex-INEOS Team UK). “It is a new challenge. It is a foiler, but otherwise it is close to the D35,” says Monnier.

Interestingly Swiss Foiling Academy will make use of the GC32 Racing Tour rule that permits an additional crew if two or more of the crew are female. As a result they will sail with six, including Louise Thilo and Amanda Anastassov.