Sotogrande has been confirmed as the fourth stopover on the 2016 GC32 Racing Tour, bringing the number of events on this year’s European circuit for the high speed one design foiling catamarans up to five. A 10+ strong fleet is expected to compete over four days of racing on 22-25th September.

The GC32 Sotogrande Cup will follow this week’s GC32 Malcesine Cup on Lake Garda, Italy and the 35th Copa del Rey MAPFRE in Palma de Mallorca, Spain over 3rd-6th August, before the season concludes at Marseille One Design over 13th-16th October.

With the Rock of Gibraltar as a dramatic backdrop, the race area off Sotogrande typically enjoys prevailing winds from the east (the Levant), or the stronger westerly Poniente from the Atlantic. Winds in September 2015 were force four (11-16 knots) for 14 days and force three (7-10 knots) for 11 days – more than adequate to enable the nimble GC32 catamarans get up on their foils and locked in high octane competition. The average temperature in September is 25°C.

The 10+ teams competing at the GC32 Sotogrande Cup will include mix of fully professional and owner-driver crews. Among the former is NORAUTO, skippered by Volvo Ocean Race winner Franck Cammas from France and GUNVOR Sailing campaigned by a squad including London 2012 49er gold medallist Nathan Outteridge from Australia and British two time Olympic gold medallist Iain Percy. Among the latter is ARGO from the USA, skippered by two time Melges 32 World Champon, Jason Carroll.

Christian Scherrer, Manager of the GC32 Racing Tour commented: “I look forward to staging the fourth event of the 2016 GC32 Racing Tour in Sotogrande with the support of Sotogrande SA, Puerto Sotogrande and Bevelle. It’s a magnificent location, which fits in well with our Tour’s remit to provide the best possible foiling experience for our teams. We’re also proud to be playing a part in putting Sotogrande on the map as top a leading regatta venue.”

Covering some 20 square kilometres in the municipality of San Roque, Sotogrande itself is the largest privately-owned residential development in Andalusia. It is situated in a magnificent location overlooking the Mediterranean, stretching up into dramatic hills and protected parkland.

Dubbed the ‘Little Venice of the Mediterranean’ due to its canals and interlinking bridges, Marina de Sotogrande is widely recognised as one of the most visually stunning marinas in Europe. It was built in the 1990s to accommodate Sotogrande’s growing sailing community, and has over 800 berths for yachts up to 15 metres while Puerto Sotogrande itself has 1,380 berths. Buzzing with the glamour of the world’s sailing elite, there are shops and restaurants around its perimeter. It also features a number of RYA-accredited yachting and motor boat schools, with private charters of sailboats and powerboats available.

Aside from yachting, Sotogrande is best known for golf. It is home to three of Spain’s top ten golf courses, designed by greats such as Robert Trent Jones, who created his masterpiece, Club Real, at Sotogrande. There is also the Real Club Valderrama which is Spain’s best ranked golf course and La Reserva De Sotogrande Golf Club. The Open de España was played at Sotogrande this spring and European golf captains recently hosted a tournament to celebrate the game’s return to the summer Olympics after a gap of more than a century. 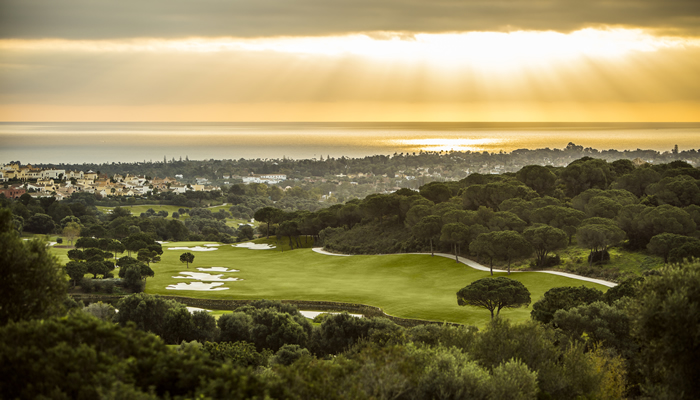 Sotogrande is also rapidly becoming one of Europe’s leading venues for the ‘sport of kings’. Its Santa Maria Polo Club typically hosts more than 25 tournaments per year, of which four form part of the World Polo Tour. This year it will host the 45th International Polo Tournament culminating in the Gold Cup at the end of August, with some of the biggest names in the sport contesting the trophy and with the Lawyers Polo tour scheduled for 21st-24th September, coinciding with the GC32 Racing Tour racing.

In addition Sotogrande offers a myriad of other activities to suit all tastes to keep all the family busy and entertained. There is cycling to walking and hiking through 1,500 hectares of nature preserves, extensive tennis facilities, a wide range of watersports from swimming to kitesurfing, paddle boarding and kayaking, equestrianism, shopping and dining. As well as being the gateway to the impressive towns of Andalucia, it is also 30 minutes striking distance from Marbella, with international airports at Malaga and Gibraltar 60 or 20 minutes away respectively. There is a range of hotels and villas at Sotogrande to accommodate visitors and supporters.

What is more, Sotogrande SA is creating the next chapter at La Reserva, the landing place of the original founder, Joseph McMicking in 1962. Here within a private community a limited number of homes are coming to the market, from €2m to over €20m, a collection of villas and residences designed by some of the world’s most celebrated and well-known architects set within exemplary new parkland by France’s landscape paysagiste of choice, Jean Mus. Within La Reserva will be one of Europe’s largest swimmable lagoons, new spa and wellbeing centre, tennis academy, amenities geared especially for families and the creation of the world-class La Reserva Country Club.

Marc Topiol, CEO Sotogrande SA commented: “After an exciting spring and summer hosting the RC44 and J/80 World Championships at Sotogrande, to welcome the GC32 makes for an exciting hat-trick of a season. To bring sailing championships to Sotogrande on this scale and expertise adds yet another dimension to the wide range of activities already available here year-round. We are really looking forward to welcoming the teams.” 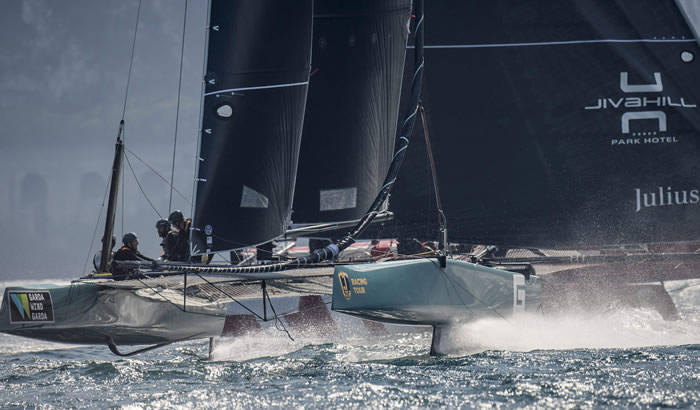