Black Star win GC32 Worlds nail biter K-Challenge Team France was the dominant force for the first half of this GC32 World Championship, held in Lagos, Portugal, but for the second half it was Christian Zuerrer’s Black Star Sailing Team which overtook the French after today’s third of four races. With outstanding consistency, the Swiss podiumed in every one of the last […]

K-Challenge Team France was the dominant force for the first half of this GC32 World Championship, held in Lagos, Portugal, but for the second half it was Christian Zuerrer’s Black Star Sailing Team which overtook the French after today’s third of four races. With outstanding consistency, the Swiss podiumed in every one of the last 10 races. This afternoon they were crowned the flying catamaran class’ fourth World Champions following Team Tilt, Alinghi and Red Bull Sailing Team. 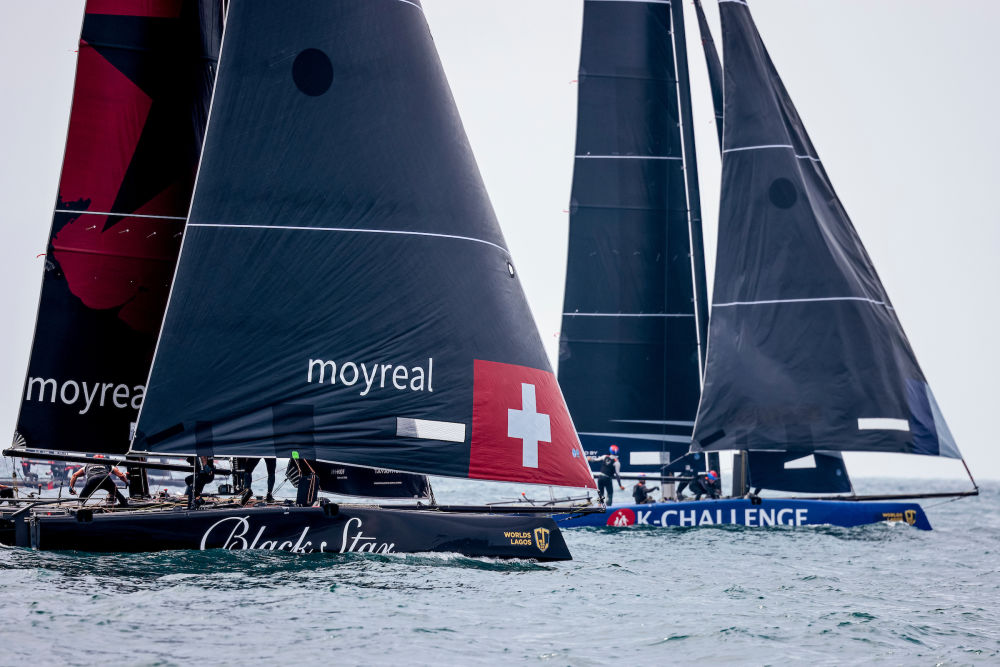 Black Star Sailing Team only debuted on the GC32 Racing Tour in 2019 but trained to finish 2021 third overall. Impressively, this GC32 World Championship, the pinnacle event of the season, was their first ever GC32 Racing Tour event victory.

“I am absolutely happy,” said Zuerrer. “I want to thank my family who gave me the time to stay away from home and…yes, we did it, finally!

“We managed to find the breeze best of all the teams. We started well and we had to keep the boat moving – that was most important. Maybe we were also lucky that we were always on right side of the pressure. It was shifty and they might have stopped the races, but we always tried to be in the leading position.”

Black Star is unique for her owner trimming main, rather than helming. This instead is handled by Kiwi match racer Chris Steele. Also on board were Italian Pierluigi De Felice, Kiwi Stewart Dodson and Brit Will Alloway. Steele famously won the Optimist Worlds in 2007. “This is up there!” he said of how it ranks. “It is cool to be part of this project. There are some awesome guys in the teams.”

As to their performance, Steele added: “We have always been strong in the light, so that played into our hands. I have to give credit to K-Challenge, they came out of the blocks firing early on, which surprised people and were there right to the end. They were really quick upwind, but we were fast upwind, but really fast downwind.”

K-Challenge Team France led this Championship by 10 points on Friday but skipper Quentin Delapierre was happy in defeat: “We lost the title by a few points, but that is racing and we just tried to play our game until the end.

“Black Star raced very well and improved well over the week. They were really quick in light conditions, so I was happy to match them, over such a short time, speed-wise and sometimes with boat handling.”

Having won today’s second race, the French posted an uncharacteristic seventh in the third putting them three points behind going into what would be the final race. This they again led until the final top mark rounding when a gennaker sheet jammed. Sorting this dropped them to eighth as the Swiss team scored another bullet.

Alinghi Red Bull Racing claimed the bottom rung of the podium, with 24-year-old Maxine Duchelin rather than Arnaud Psarofaghis helming. Team Tilt was fourth, the 2018 World Champions enjoying their best day so far: winning today’s first race by a huge margin and leading the second until they missed the last shift. Skipper Sébastien Schneiter said they were unrehearsed for the light conditions: “It has been a great event – tricky conditions, with amazing racing and the top guys sailed really well.”

Team Rockwool Racing saw little of the strong conditions they had hoped for and finished four points ahead of sixth placed Erik Maris’ Zoulou, once again top of the four owner-driver teams competing. 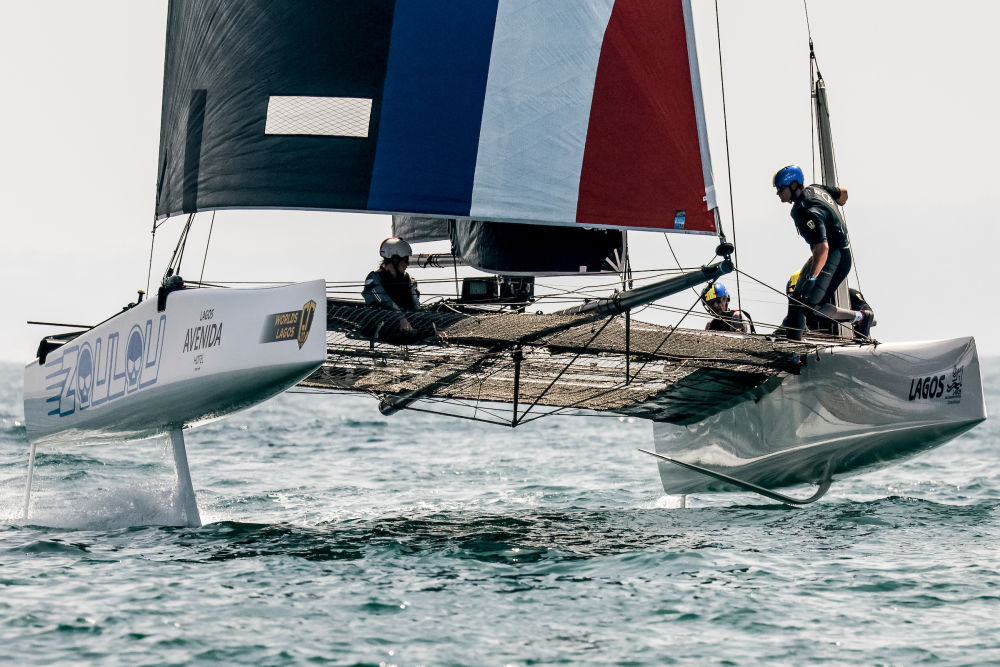 “We didn’t think Lagos would be this way,” said Maris. “We only had two heavy wind races, so it was very open with a high level from everybody. In the end we had some great fun and sailed well.

“Winning the owner driver championship is always good and we are happy with that, but we were really looking at the overall results. It was good that there were four owner-driver boats out of 10 and there should be more joining this fleet: The boat is incredible, the fleet is very nice and the racing is the best in the world.”

Delighted with his conclusion to the regatta was Simon Delzoppo and his .film AUS Racing which led the final two races, managing to convert those to two seconds. “We were getting off the start line well today. You need clear air and today was about trying to find the breeze and stay in it. It was nice to be up there with Black Star and not to lose it!”

Wearing his GC32 class President hat Delzoppo added: “It was an awesome regatta. It was good to see that there was no obvious winner going in. There were plenty of races to allow the best to rise to the top and we have a new winner: Black Star worked hard and kept getting better. They were very fast through the water. It was a well-deserved win.”

The GC32 Racing Tour now moves on for its final event of the season in Mar Menor, Spain over 19-23 October.