Alinghi Red Bull Racing to field two teams on 2022 GC32 Racing Tour Seven flying catamarans are set to line up on one of the world’s top race courses over 25-29 May at the GC32 Riva Cup, opening event of the 2022 GC32 Racing Tour. After a season and a half lost to the pandemic, this will be the first time in three years that the World Sailing-endorsed […]

Seven flying catamarans are set to line up on one of the world’s top race courses over 25-29 May at the GC32 Riva Cup, opening event of the 2022 GC32 Racing Tour. After a season and a half lost to the pandemic, this will be the first time in three years that the World Sailing-endorsed foiling catamaran class has managed to return to Riva del Garda – one of the most perfect venues for the sport, renowned for its strong, reliable winds and flat water.

In 2021 the abbreviated season was won by Alinghi, which claimed three out of four events with the exception of the GC32 World Championship in Villasimius when Red Bull Sailing Team took the crown. Since then Alinghi has announced its new challenge for the America’s Cup as Alinghi Red Bull Racing. It is thus now within the context of an active America’s Cup team that the champions return with two GC32s – Alinghi Red Bull Racing – SUI 8 (identified by its yellow lines) and Alinghi Red Bull Racing – SUI15 (with red lines). The former is once again being helmed by Swiss ace Arnaud Psarofaghis, while the other boat will be skippered by Swiss 49er and Flying Phantom skipper Maxime Bachelin.

According to Psarofaghis, who to date with Bryan Mettraux is the only confirmed Alinghi Red Bull Racing America’s Cup sailing team member, the reason for entering a second team with a young crew is “to create team spirit and to learn how to sail on a bigger boat than they are used to and to learn from each other. The idea was to have a more experienced team and to be able to show the way to the other boat, to give them a benchmark, to get them up to speed and help them grow together.

“They have knowledge of racing and everything that goes with it. We are putting them together so that they learn from each other and gain confidence, which will happen quicker racing on their own than if someone with experience races with them.”

Aside from nurturing the young talent, having a second GC32 will also provide an excellent opportunity to train. “We can sail together and improve, try new techniques and new settings and also we can share all the things we learn within the team. Also we have some new people on board, so it is a new cycle and we will need to rediscover how to sail together.”

The Alinghi Red Bull Racing crews are likely to face the strongest competition this year from the SailGP teams competing on the GC32 Racing Tour and by some of the long standing GC32 teams. Of the former, racing in Riva del Garda will be the Danes on Team Rockwool Racing, led once again by match racer and former Volvo Ocean Race sailor Nicolai Sehested. They will sail with the same crew as in 2021 including former match racer Rasmus Køstner who once campaigned the Extreme Sailing Series as co-skipper of the SAP-backed team. The Danes had a mixed 2021 season finishing fifth overall but their performance has been heavily on the ascent at SailGP events where they are now winning races. 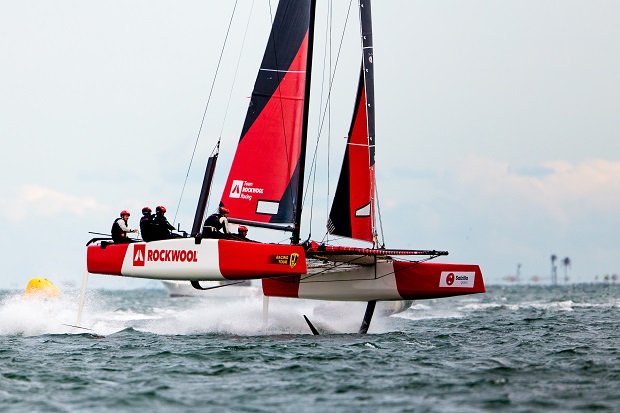 Two of the longest serving owner-driver teams are back. From the USA, two time Melges 32 World Champion Jason Carroll will once again campaign Argo. His crew comprises a world class crew of long term GC32 sailors and for Riva del Garda they will be supplemented by former Match Racing World Champion and aspirant America’s Cup skipper US Virgin Islander Taylor Canfield. Canfield helmed the Argo GC32 for the final event of 2021 in Mar Menor when Carroll was unable to compete, but for Riva del Garda will be tactician. 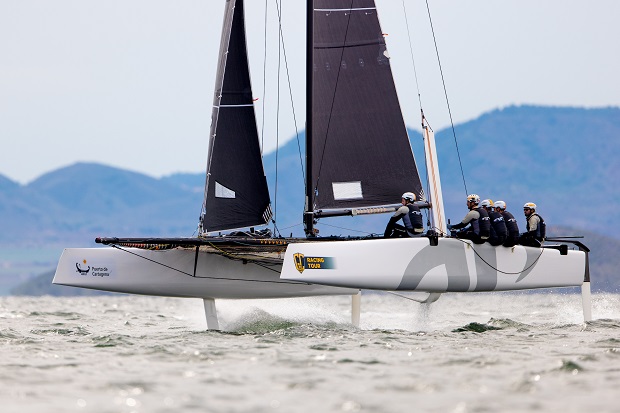 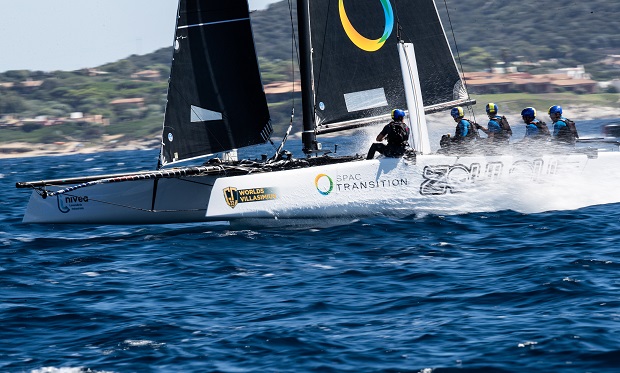 Erik Maris’ Zoulou will once again be a strong contender having finished fourth overall in 2021. The sole French GC32 team will again include Thierry Fouchier who won America’s Cup with Oracle Racing in 2010. However replacing their crewman Nicolas Heintz will be Timothé Lapauw, who previously raced Alinghi’s GC32.

The most improved GC32 team of 2021 was perhaps Christian Zuerrer’s Black Star Sailing Team, on which Zuerrer prefers to trim the mainsheet leaving Kiwi match racer Chris Steele to helm. In last year’s four events Zuerrer’s team managed two second placed finishes and in the second Lagos event, a string of bullets towards the end of the event caused them to come close to toppling Alinghi, finishing just two points from their compatriots. Zuerrer and Steele return this season with the same crew and coaching talent provided by Flavio Marazzi. 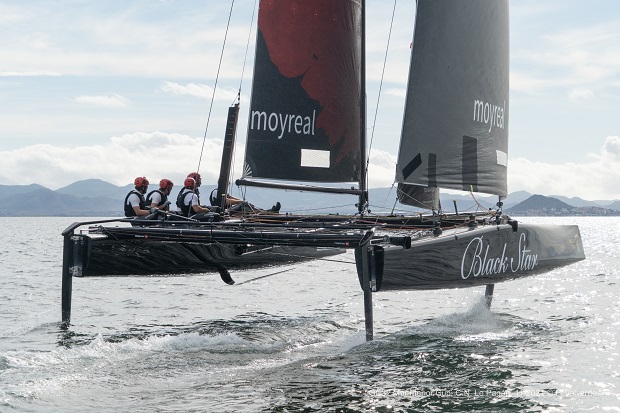 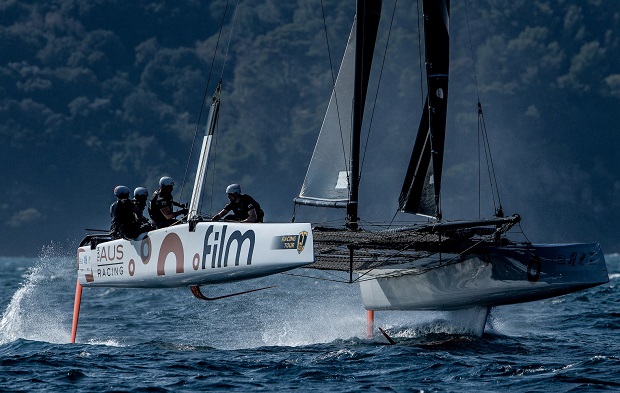 This 2022 season will see a welcome return to the GC32 family of Simon Delzoppo’s .film AUS racing team, bringing the GC32 Owner Driver Championship to three and demonstrating that the foiling catamaran, despite its 30+ knot speeds, its startling acceleration and its high calibre teams, is more than capable of being steered by an amateur helm. Delzoppo is GC32 Class Association President and most of his mainly Australian crew will be the same as when he last participated on the GC32 Racing Tour in 2018.

GC32 Racing Tour manager Christian Scherrer commented: “It’s great to see such a strong line-up of teams returning to the GC32 Racing Tour for 2022, including some new faces and some old. I am looking forward to some fierce competition on Lake Garda for our classic season starting event out of the Fraglia Vela Riva and to more teams joining for the coming events of the season.”