Argo’s secret weapon – Philippe Presti A coach can help you get the best out of your GC32, and when it comes foiling catamarans few come with better credentials than Philippe Presti, who twice won the America's Cup with Oracle Team USA

In yacht racing, as with any sport, a team or an individual can only progress so far before they have to enlist outside help; a dispassionate, fresh set of critical eyes; someone to point out what they are doing right and where could ‘benefit from more work’. This person, usually to be seen out on a RIB with a video camera permanently directed at the action, is the team coach.

For the 2018 season Jason Carroll’s Argo team has hired Philippe Presti is this capacity. The silver haired 53-year-old Frenchman was in Bermuda last year completing his third America’s Cup campaign as coach for Larry Ellison’s Oracle Team USA, including victories in 2010 and 2013.

Like so many of the top sailing coaches, Presti has a strong background in Olympic classes. He has raced in several, notably the Finn in which he twice won the Finn Gold Cup (World Championship). He represented France in this at Atlanta 1996, before competing at Sydney 2000 in the Soling. Soon after Presti got his first America’s Cup call as helmsman of Le Défi Francais in Auckland in 2003. He was then with Luna Rossa in 2007 as B-boat helmsman to Jimmy Spithill, a relationship which proved fruitful for when the Aussie signed on to steer Oracle Team USA for the 33rd America’s Cup in 2010, Presti followed.

Given this record, Presti today is one of the most sought-after foiling catamaran coaches. “Everything you learn from one can be used on the other,” he says. “We pushed hard on the AC50 and on the AC45. I think I have got a good understanding about how foiling works, so I try to pass that on.”

Fortunately while the Oracle Team USA AC50 was fitted with 300 sensors generating 30,000 data points per second, resulting in Presti becoming a ‘big data’ expert, the GC32 is more straightforward. “You don’t have as many systems, or a wing, but there are always things to learn.”

For Presti, his new appointment with Argo represents a return to the GC32. In early 2014 he sailed the boat when it first received its Mk2 foils, enabling it to fly (see the video here). Ever since, he has been fan: “The GC32 is a great boat. It is a really good size because you can handle all of the loads mechanically [ie without hydraulics], which would be hard on a bigger boat. And you can feel, immediately, any change you make to the foils or trim.”

In Argo, Presti joins a very experienced team (twice winners of the ultra-competitive Melges 32 World title) now the longest-serving in the GC32s. With regular crew including the likes of Moth expert Anthony Kotoun and former Luna Rossa AC72 sailor Alister Richardson, Presti observes their sailing skill level is already high. “I won’t change a lot of things, really small adjustments, like ride height, boat attitude and balance, because the team is already very mature and experienced. What you learn in the Cup is to structure the method of experimenting and passing on messages.” 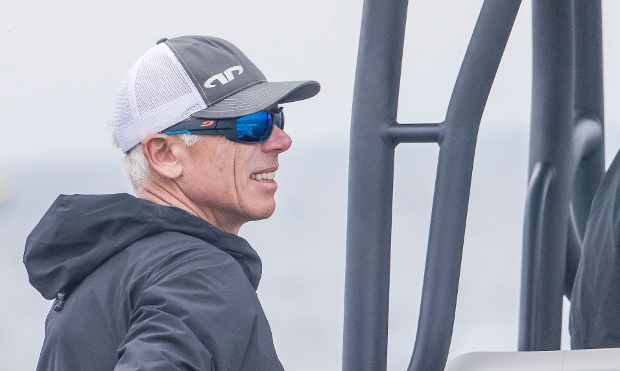 After two events, Argo currently lies fourth overall on the 2018 GC32 Racing Tour, finishing third among the Tour teams at the GC32 World Championship and sixth in Lagos. “We weren’t very happy with the last regatta” admits Presti. “We won two races, but the average was not good enough. We are going to make a few changes for the next one and hopefully we’ll see a better outcome. We are very happy with our technique. I think we have improved dramatically in terms of our foiling gybes and two sail foiling downwind, etc, but that hasn’t resulted in a good performance yet.”

As to why Franck Cammas’ NORAUTO and Erik Maris’ Zoulou are doing so well, Presti says this is due to their familiarity with the GC32 having carried out two boat training in it prior to the last America’s Cup.

Particularly important in a high speed foiling catamaran are ‘the modes’ – responding to varying wind strengths, sea states, points of sail, etc by foiling or not foiling, sailing high or low, with different sail trim, foil rake, crew position, etc. Presti creates a ‘playbook’ covering every eventuality, enabling Argo’s crew to change their GC32’s set-up instinctively. “We have got funny names for all our ‘plays’,” he confides. “I can’t give you any examples! The idea is that everyone can click in and carry out the plays perfectly, 100% of the time.”

Given the maturity of most GC32 teams, Presti doesn’t envisage any ‘revolutions’ in how the boats are sailed, but believes there is further to go with how the boats are sailed upwind. “We might end up foiling/skimming more, because the VMG will be equivalent. That will open up more tactical opportunities. The tactics in fast boats really depends on the moding you use: If you know you are heading towards a shift, you will try to go quickly to that shift, etc. You have got 15° of angle to play with and, given the speed of the boat, that makes a big different in terms of positioning.”

Otherwise it will be a case of doing the same, better. “There are still lot of unforced errors in manoeuvres, so you will see more consistency.”

In this post-America’s Cup year, Presti is trying to have a quieter season, but failing. This week he’s working for a team at the TP52 World Championship. Earlier this year he was on the M32 North American circuit coaching the Convexity team.

His personal sailing is surprisingly diverse: a high speed, state-of-the-art foiling Moth singlehanded dinghy (against many other top sailors from the America’s Cup) and a classic Dragon keelboat. “Our sport is fantastic,” observes Presti. “You can do very different styles of racing and I enjoy that – the Dragon is a slow, very tactical boat which reminds me of my old days in the Finn/Soling, while the Moth is a light fast and technical boat. I really enjoy the large spectrum in sailing.”

So is he happy spending more of his time coaching? “I really enjoy it, plus, I am getting old! But you need the balance, you still need the occasional reality check, so I like to go sailing and remind myself that while the theory is okay, it is not so easy. That makes you more humble when you’re coaching.”

On the GC32 Racing Tour, Presti is no longer working for a team of 100+ with multi-million dollar sail boats, but the more modest set-up suits him perfectly. He says GC32 ticks all the boxes and unlike most other foiling catamarans is particularly well-suited to owner-drivers: “The GC32 is awesome: It is a fast boat and not super technical. On an AC50, it would be hard for someone to jump in and fly the boat, especially consistently upwind because of the systems, the physical demands and technical aspects. But with the GC32 you can make good VMG upwind without flying. Plus, it is a good size, with not a lot of people, easy sail choices and yet you can do nearly 40 knots. After every race everyone is so thrilled by the performance, even if you have a bad day at least you have had good fun. The speed experience is incredible. Jason loves it, as do all of the owners.” 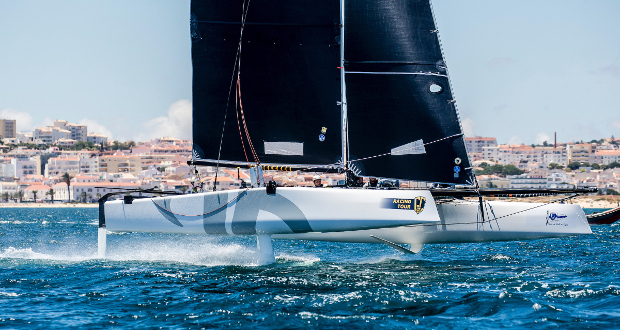