Ashby, who was wing trimmer for Emirates Team New Zealand in the 34th America’s Cup, and Richardson will join skipper Leigh McMillan and his Extreme 40 team mates from The Wave, Muscat, Nasser Al Mashari and Peter Greenhalgh.

McMillan commented: “There are a lot of challenges ahead of us trying to get the boat competitive and ready to race, but we are lucky in that we have the expertise on board to learn quickly.

“We are hoping that Alister and Glenn will prove good sources of knowledge and by the end, we are hopeful of posting some good results. This is the kind of challenge that we really enjoy so it is exciting.”

McMillan’s crew have completed just four days of training together in England where big breeze propelled their foiling GC32 along at speeds in excess of 30 knots. The light conditions forecast this week for Lake Traunsee are likely to prove more challenging for the fledgling crew.

McMillan continued: “This is the first time these boats get to race together on a proper circuit and there are some big budget teams like Spindrift and Alinghi who already have done a lot of training.

“We are a late entry and on the back foot a bit, but we will look to be competitive as soon as we have enough learning under our belts and will push hard. We have no expectations, but it will be nice to have a good first week!”

Sultanate of Oman is backed by Oman’s Ministry of Tourism and co-sponsor EFG Bank Monaco and this week will line up against four other GC32s including The Wave, Muscat’s arch-rival, the Swiss team Alinghi with American Morgan Larson on the helm.

“From what we have seen, Alinghi are favourites and will be the team to beat, but there is a lot of experience in this fleet,” said McMillan. “This is the first event and it will be tough racing so we are keen to learn a lot, make our mark and have a solid week.”

For Oman’s Nasser Al Mashari, the GC32 is his first experience of foiling, but he is relishing the new challenge: “These are very fast boats, faster than I am used to,” he explained. “It was very breezy during training in Southampton and we really enjoyed it. Other teams on this tour will have more experience in the GC32s but we have had a lot of success as a team on the Extreme 40 so we are confident we can be competitive. We are all really excited about this new challenge and to be representing Oman at the forefront of our sport.” 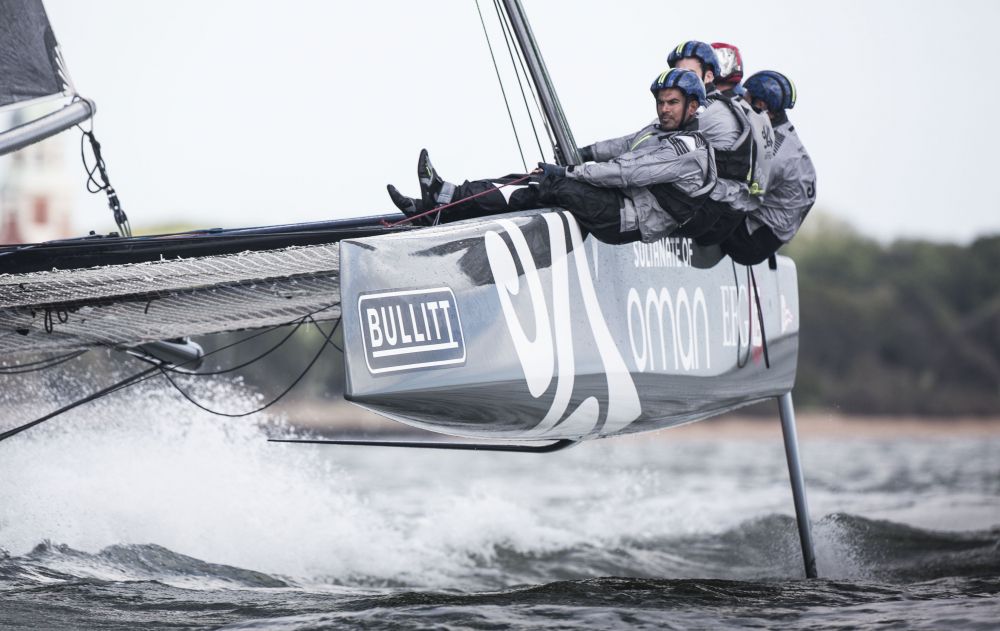