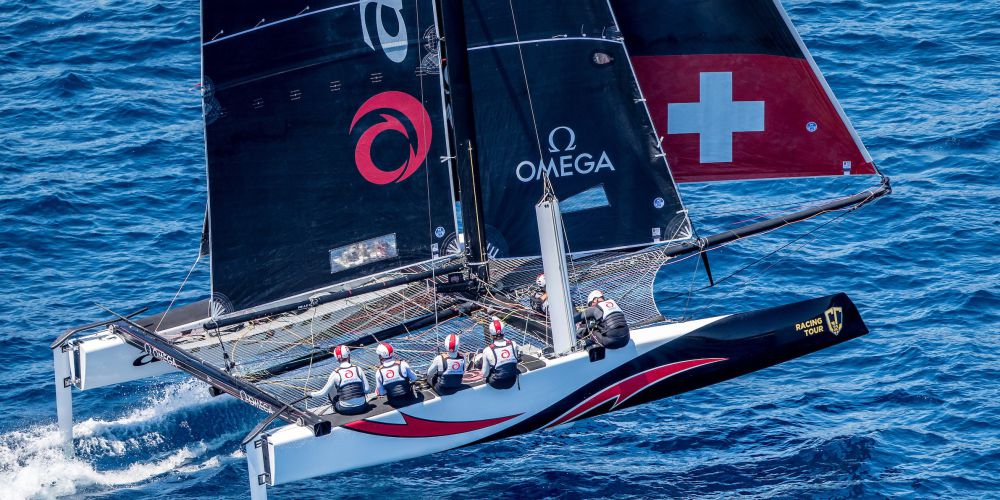 In one week’s time racing will be underway off Villasimius in southeastern Sardinia in the 2021 GC32 World Championship. This will only be the third time this title has been fought for since the GC32 was endorsed by World Sailing, making it the only ‘boat-sized’ foiling catamaran officially permitted to hold a World Championship.

The first GC32 World Championship was held in Riva del Garda in 2018 when the title went to Team Tilt. On that occasion, the young crew led by Swiss Olympic 49er sailor at Rio and Beijing, Sébastien Schneiter, was assisted by two time America’s Cup winner Glenn Ashby. This time the otherwise Swiss crew will instead have Jason Saunders on mainsheet. Saunders has represented New Zealand at the Olympics in the 470 and the Nacra 17 catamaran and most recently competed as a stand-in wing trimmer for Jimmy Spithill’s US SailGP team.

Team Tilt will have its work cut out. Returning from Japan, Schneiter and his 49er partner Lucien Cujean may be race fit but Team Tilt as a whole has not raced its GC32 since the last World Championship. Schneiter explains: “We have done five days of training, so we have very little time in the boat and it will be almost more of a fight with ourselves to sail well as a team.” 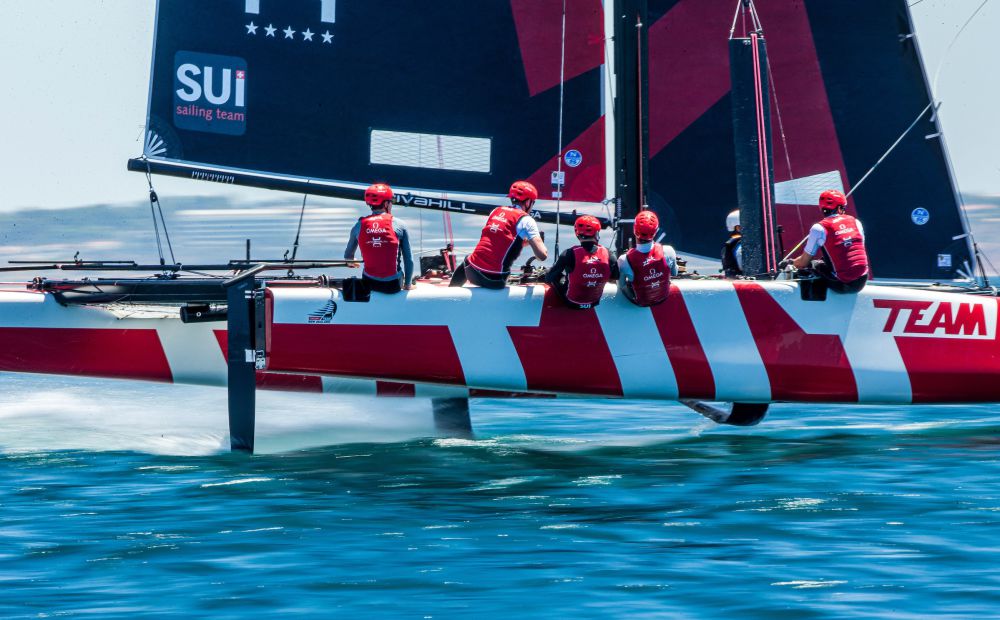 It will also be their debut in Villasimius, although their training there has helped: “It is fantastic, a really nice venue. It can get wavy, but also flat water in offshore winds – we’ll be ready for anything. The level is still going up. It will be great to see where we are against everyone else.”

Favourite is Ernesto Bertarelli’s Alinghi team. The Swiss two time America’s Cup winners are the defending GC32 World Champions, having been crowned in Lagos, Portugal in 2019 (there was no 2020 event due to the pandemic) and have continued their dominance winning both events so far in the 2021 GC32 Racing Tour.

So the Swiss team have a target on its back? “Everyone is waiting for us to make a mistake, but it doesn’t change anything – we will be there to win it, we will just have to sail well – that will be key,” states helmsman Arnaud Psarofaghis. As to the expected conditions in Sardinia’s up-and-coming regatta venue, he adds: “I hope it will be great, the same as we always have without too many waves. September in Sardinia is always nice.”

Alinghi’s track record makes them the team to beat, but looking deeper into what has occurred this year shows that they have not had it entirely their own way. Certainly they were the run-away leader at the first event in Lagos, quickly back up to speed after 20 months off due to the pandemic. Then at the GC32 Lagos Cup 2, they won, but by just two slender points. The challenger? Christian Zuerrer’s Black Star Sailing Team. So Alinghi must be worried? “Hopefully!” says Zuerrer. “It is more interesting when not only one boat is winning. I am happy Zoulou was third overall in Lagos. That shows that as an owner-driver you can still be competitive, which is good for the GC32 class.”

On board his boat, Zuerrer trims the mainsail among highly skilled pro sailors led by Kiwi match racer Chris Steele, who helms. Steele is looking forward to returning to Sardinia: “I won an Optimist Worlds in 2007 in Cagliari, so I have some fond memories of the place, even though it was a long time ago.” As to Black Star’s position now, he adds: “We have proved that we have got the overall package, we just need to piece things together. Hopefully we can pick up where we left off and put together a good result in Villasimius.” 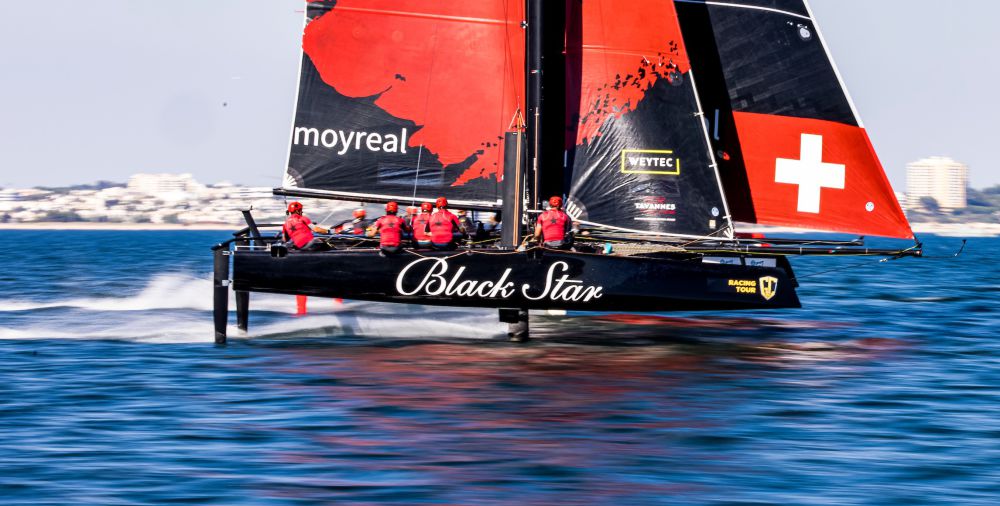 Currently fifth on the 2021 GC32 Racing Tour leaderboard, Team Rockwool Racing is also strongly on the ascent. A fifth place in the GC32 Lagos Cup 2 hide that they were just two points adrift of the podium. The team also recently won their first race at their home SailGP event in Denmark. Also on the rise is Erik Maris’ Zoulou which won a race on the final day in Lagos.

Elsewhere across the GC32 fleet, new teams are returning to compete including Jason Carroll’s Argo, overall winner of the first GC32 Villasimius Cup in 2017. Back on the helm of Red Bull Sailing Team following an absence due to helping the Austrian sailing team at the Tokyo Olympic Games is two time Olympic Gold medallist Roman Hagara. The new kids on the block, Swiss Foiling Academy, led by helmsman Loic Forestier and Julien Monnier, are also showing steady improvement boosted by winning the final race of the GC32 Lagos Cup 2.

GC32 International Class Association President Simon Delzoppo is not competing this year but will be back on the circuit in 2022 when he moves to Europe. Looking forward to next week he commented: “I am excited to see our flying catamarans fighting it out again at their World Championship, the pinnacle event annually on our GC32 Racing Tour. It is great that the level continues to rise between the teams, that new teams are getting ever more competitive and that owner-drivers can still win races. We should also not forget the simple fact that the GC32 allows owners to experience the very cutting edge style of racing in boats capable of 30+ knot speeds… They’re amazing.”