Fleet under Starter’s Orders for the first time in 2021 The fleet is ready and raring to go after a useful warm-up day on the water in advance of the GC32 Lagos Cup 1 which begins on Thursday 1 July. After more than 18 months away from the race track, the GC32 Racing Tour is roaring back into life this week in Lagos, the historic […] 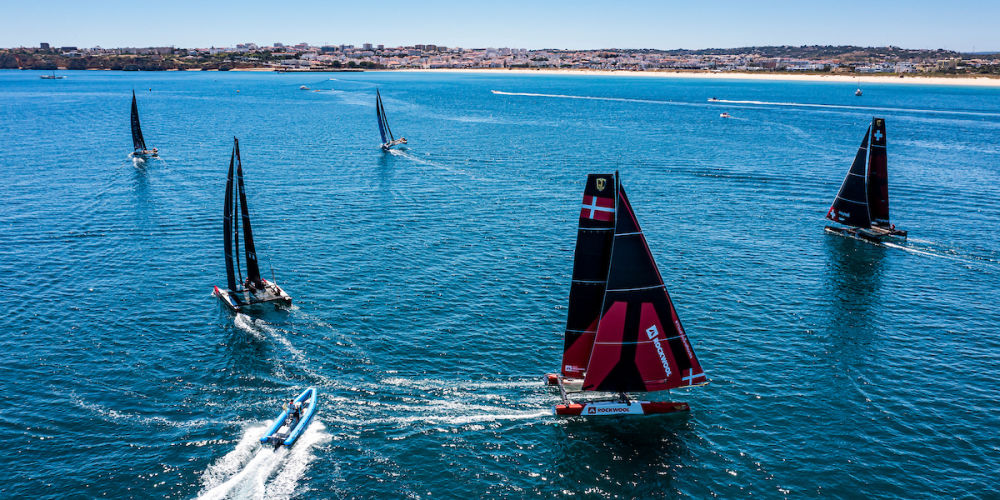 Fleet under Starter’s Orders for the first time in 2021

The fleet is ready and raring to go after a useful warm-up day on the water in advance of the GC32 Lagos Cup 1 which begins on Thursday 1 July.

After more than 18 months away from the race track, the GC32 Racing Tour is roaring back into life this week in Lagos, the historic Algarve port which provides perfect conditions for a fleet of high performance foiling catamarans. “We’ve got a medium airs forecast for the next few days,” said the Tour’s principal race officer Stuart Childerley. “This venue is absolutely made for the GC32, flat water in pretty much all conditions, although today was lighter than we had hoped for.” 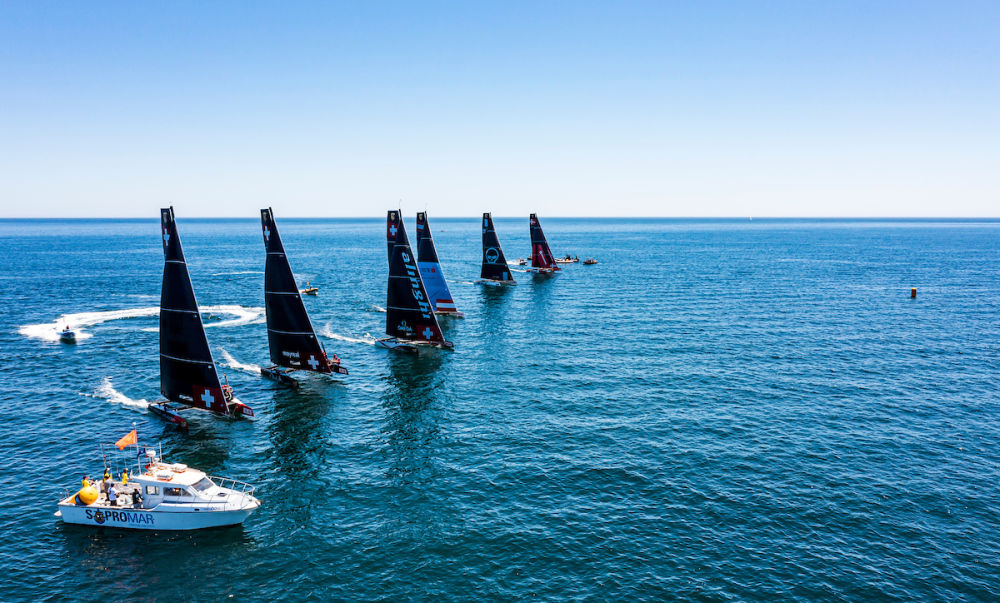 An 8-knot north-westerly breeze looked promising but kept pulsing across the race course with small gusts and then long lulls that were easy to fall into for the foiling GC32s. Staying in the breeze as long as possible was the key to success, and in the practice race the front three broke away from the pack, with Alinghi leading Red Bull Sailing Team across the finish followed by Black Star Sailing Team. Team Rockwool Racing was best of the rest, followed by Zoulou and Swiss Foiling Academy.

Lagos is known to be a right-hand race track, so much so that on one of the practice starts the whole fleet ignored the right-hand bias in the line, all six starting on port tack in the frantic sprint to be first into the right-hand corner of the first upwind leg. However, if the forecast comes in as expected for the next four days of competition, Childerley could bring in the reaching start option which will force the teams to alter their tactics accordingly.

So, who will win this week? Favourite is certainly Ernesto Bertarelli’s Alinghi team, winner of the 2019 GC32 Racing Tour, the Swiss former America’s Cup champions also having secured the World Championship title on these waters. But will Red Bull Sailing Team, headed up by Austrian double Olympic champions Roman Hagara and Hans-Peter Steinacher, be able to turn the tables on the Swiss this season? 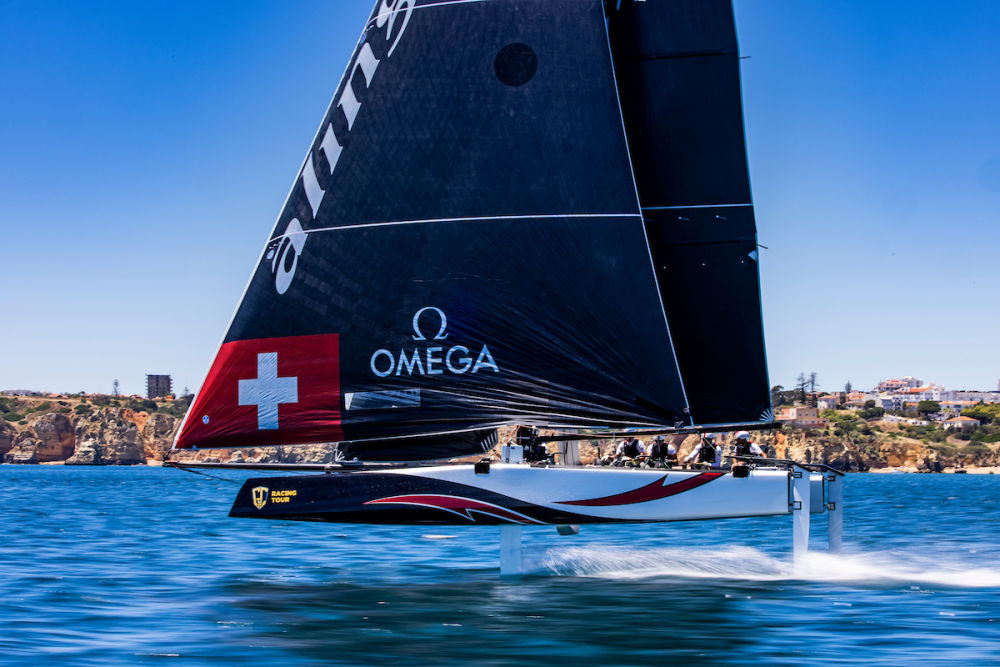 With so much time away from the race course, this will be an opportunity for the other crews to challenge the traditional pecking order. French owner-driver Erik Maris has steered Zoulou on to the podium before, while newcomers Swiss Foiling Academy with Julien Monnier and helmsman Loic Forestier as co-skippers will be looking to learn the game as fast as possible.

America’s Cup veteran Pierluigi de Felice will bring his recent AC75 foiling experience into play aboard Christian Zuerrer’s Black Star Sailing Team who have been putting in the hours on the water. Volvo Ocean Race veteran and match racing professional Nicolai Sehested has pulled together an experienced crew for the Danish entry, Team Rockwool Racing.

Six teams are ready to do friendly battle from 1 to 4 July on the beautiful, sunny Algarve. Foiling action in the GC32 fleet is about to commence, and the sailors can’t wait.