GC32 Lagos Cup opens with Psarofaghis masterclass While Ernesto Bertarelli’s Alinghi Red Bull Racing team has topped GC32 competition for many years, they are now focused on 37th America’s Cup training and so are fielding two teams on the GC32 Racing Tour: SUI 8, which emphatically won last month on Riva del Garda and their development team SUI 15. For the GC32 […] 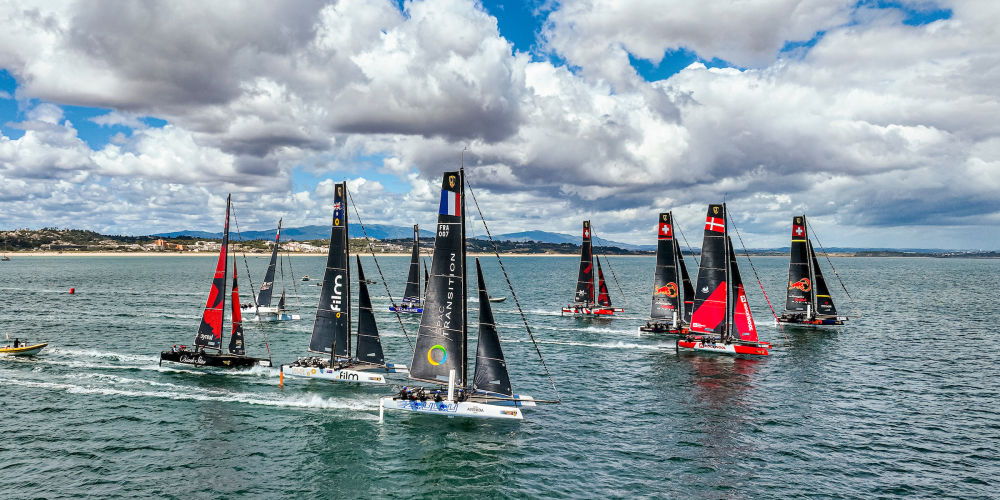 While Ernesto Bertarelli’s Alinghi Red Bull Racing team has topped GC32 competition for many years, they are now focused on 37th America’s Cup training and so are fielding two teams on the GC32 Racing Tour: SUI 8, which emphatically won last month on Riva del Garda and their development team SUI 15. For the GC32 Lagos Cup their skippers– Arnaud Psarofaghis and Maxime Bachelin – have swapped boats, begging the question: “Does a helmsman or the crew make the most difference on a GC32? Today Psarofaghis left no doubt to this, leading the young crew on SUI 15 to victory in three out of five races.

“We did some really good stuff with the tactics and boat handling,” explained Psarofaghis. “We were on the same page on board. We made two mistakes – one during the second race when we didn’t control enough the yellow boat (SUI 8) and in the last race when we should have pushed more to stay ahead of Team Tilt. But we made some great comebacks and the guys did a good job.”

In race two it was the turn of Psarofaghis’ regular SUI 8 crew, including Nicolas Charbonnier and Yves Detrey to get the upper hand, winning the race in an Alinghi Red Bull Racing 1-2. However it was SUI 15 that ended the day leading by 3 points. 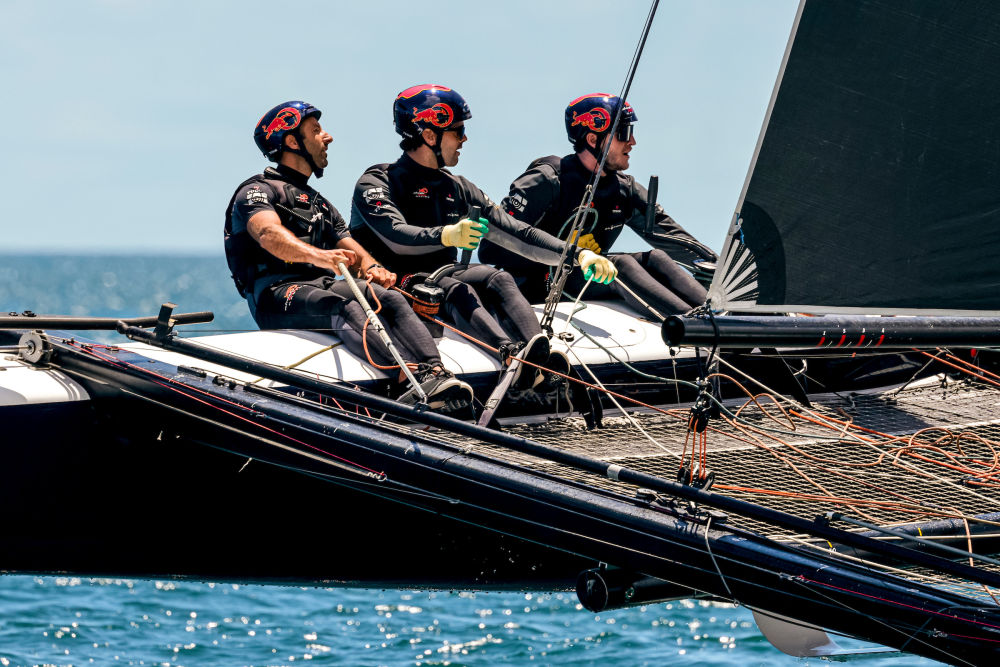 Looking most likely to upset the Swiss party are the determined-looking Danes on board Team Rockwool Racing whose consistent 2-4-2-2-2 has left them second overall. “I am happy,” said skipper Nicolai Sehested. “It was probably the lightest day here which we were nervous about because we are not a ‘light wind team’. We just needed to survive the day but we did that pretty well…It was about managing the risk around the course – when to push and when to stay conservative. Downwind we were not superfast today and we were struggling to get up in the foils in the light stuff.”

It was only in today’s final race that the Swiss grip on the leaderboard eased slightly with Erik Maris’ Zoulou getting off to a fine start by the race committee boat to lead at the reaching mark and extending from there.  “We don’t do it very often, but it is so much easier when you are in front,” quipped Maris. “You don’t have to worry about the other boats – I keep telling them that we should do more of that!” 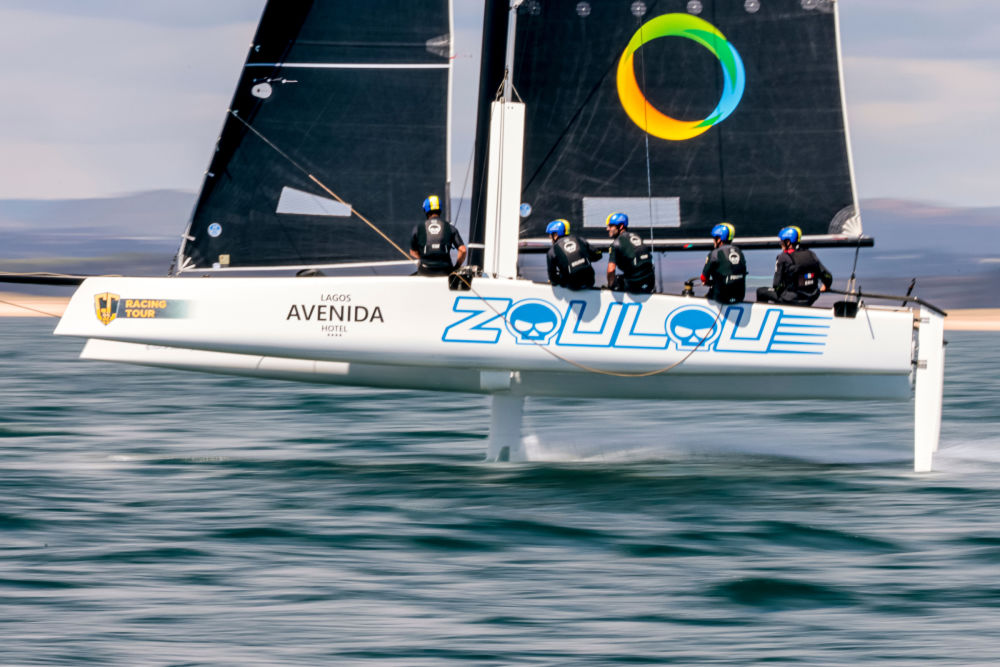 Zoulou tops the Owner-Driver ranking both here and overall after winning in Riva del Garda. Maris is delighted that the Owner-Driver line-up has been boosted by Piotr Harasimowicz and his HRM Racing Team from Poland, sailing their first GC32 Racing Tour event. “It is brilliant: These guys are very courageous because it takes guts to come into this fleet with limited experience of flying boats. High praise to them. We have all struggled, but Piotr was all smiley coming back. It is a big step and they are doing okay.”

Harasimowicz was indeed beaming mooring up on Lagos’ new events pontoon this afternoon. “It was our first day racing on the GC32 Racing Tour. We feel great and a little bit tired but the boat is glam and the competition is high and we are happy to be here.” They have done enough sailing on the GC32 to be familiar with it and in addition to the Polish crew, their line-up includes ex-Realteam GC32 experts Benjamin Amiot and Remi Aeschimann who are showing the Polish crew the ropes. In the 10 boat fleet they ended day one ‘not last’.

For the three new GC32 crews such as the Poles, their first day of real GC32 Racing Tour competition could not have been better, easing into the competition in light winds and familiar upwind starts before moving on to reaching starts for the final two races as the wind gradually built. Generally the breeze was out of the south or southwest with the right side of the course paying massively due to increased pressure and a favourable shift off the beach. Everyone gunning for it, made for some tricky upwind starts with everyone wishing to set off or soon to get on to port.

The light marginal foiling conditions to start with also showed up the huge variation in skill across the fleet from immaculate Alinghi who seem able to foil downwind in the slightest zephyr to the new teams struggling to fly a hull, let alone pop up onto their foils. But as Nicolai Sehested advised: “They have to take time to get used to the boats. We were the same last year when we were new. By the end of this event they’ll be competing and putting in good results. And at the Worlds you will see them doing better.”

Racing resume tomorrow at 1300. Conditions are forecast to be brisker with the wind into the high teens and gusting above 20 knots.