Racing for the GC32 Racing Tour sets sail tomorrow on the Bay of Palma at 36 Copa del Rey MAPFRE. This is the second consecutive time the one design foiling catamarans will be part of the Mediterranean’s most prestigious multi-class regatta, competing alongside top grand prix monohull classes such as the TP52s and Maxi 72s, sailed by many of the world’s top sailors, including HM King Felipe VI of Spain.

Star of the show among the GC32s is local Spanish hero Iker Martinez sailing Movistar. The double Olympic 49er gold medallist and former Volvo Ocean Race skipper is hoping the practice he’s put in over the last weeks will pay dividends: “We are as good as we can be. We have been training and trying to make our boat better. We have good speed and are manoeuvring well. If we keep it simple, we can be on the podium – that would be super good for us.”

Martinez is proud his country’s top regatta now includes a state of the art foiling catamaran. “I am a big advocate of this kind of boat – it is very good for everyone and makes the event great. Hopefully next year there will be even more GC32s here.” 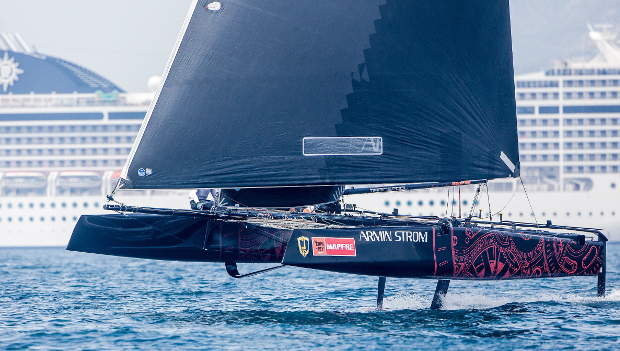 In his capacity as President of the GC32 International Class Association Flavio Marazzi is also delighted to be able to showcase the flying cats to the international yacht racing community gathered here for Copa del Rey MAPFRE. “Hopefully we have some good racing and can present the boat in a positive way. It is great to come here to meet different people and to show the potential of the GC32.”

In 2016 Marazzi’s ARMIN STROM Sailing Team finished second here and her Swiss skipper would like to improve upon it, even though two powerful new teams have joined the GC32 Racing Tour here in Simon Delzoppo’s .film Racing from Australia and, from France, Erik Maris’ Team ZoulLou , respectively manned by crew from the British and French America’s Cup teams. “They are new teams, but with experienced sailors,” advised Marazzi. “But this is not the easiest racing area, especially when conditions get lumpy. We will see who reacts fastest.”

Also gunning for a podium finish is Sebastien Rogues’ French team on Team ENGIE. “We are very happy to come back to Palma after the beautiful event here last year. The Real Club Nautico de Palma (RCNP) is one of the world’s best yacht clubs. This time we are better as a team and we hope to improve our position in the 2017 Championship,” said Rogues. He too is pleased to show off what is the fastest type of boat competing at Copa del Rey MAPFRE. “I am sure this is the future of sailing. It is a very good thing for the class to be here.”

Rogues also welcomes the teams, bringing the GC32 fleet up to 10 in Palma. “It is good to see Zoulou – we have someone else to speak French to! I am very happy to see an Australian team with Leigh McMillan, who is a very good sailor. The more of us – the more fun it is.” 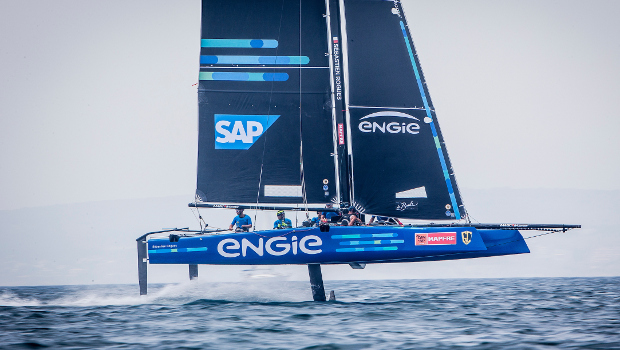 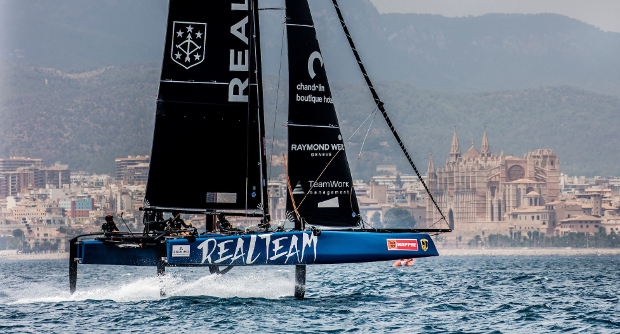 However Team ENGIE will face yet another team expecting a podium finish after winning the 2017 GC32 Racing Tour opener in Riva del Garda. Jêrome Clerc, skipper of Realteam, current leader of the GC32 Racing Tour, is pleased to return to Copa del Rey MAPFRE. “It is always a great event with so many boats and to sail from this club. So far, we’ve had two days training in 10-13 knots – perfect foiling conditions. We’ve also got 10 boats this time – I am really looking forward to it.”

Thanks to the new teams, Clerc says he is certain the competition will improve still further.

Realteam has the same crew as June’s GC32 Villasimius Cup with the exception of main trimmer Lucien Cujean who is being replaced by Cédric Schmidt at this event.

Competition in the GC32 Racing Tour at 36 Copa del Rey MAPFRE will take place over the next four days, starting at 1300 CET, with up to 20 races scheduled.