GC32 Racing Tour makes the most of 2020 With the entire sporting world having been brought to a temporary standstill this year due to the COVID-19 coronavirus, the GC32 Racing Tour has also had to revise its schedule for 2020. During a recent multi-nation video conference between the Tour’s organisers and ten of the foiling catamaran teams, a fresh plan for the 2020 […] 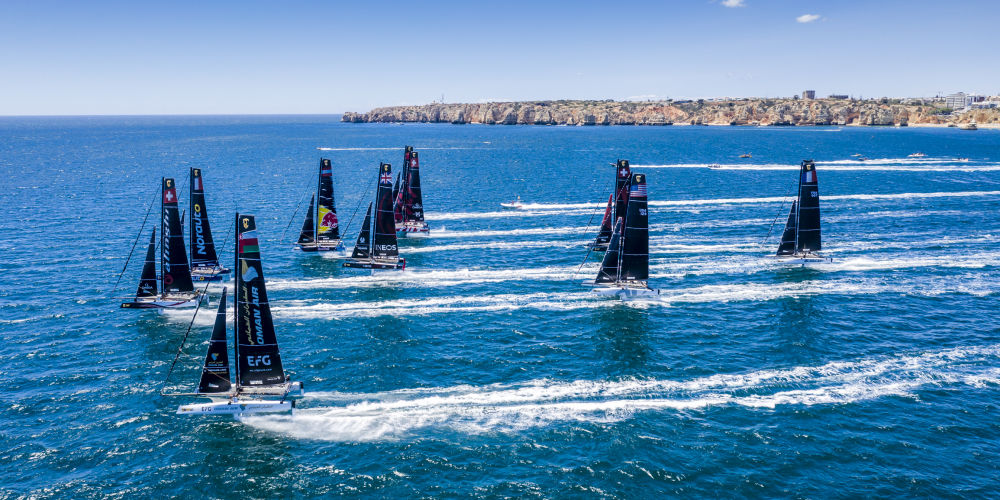 With the entire sporting world having been brought to a temporary standstill this year due to the COVID-19 coronavirus, the GC32 Racing Tour has also had to revise its schedule for 2020.

During a recent multi-nation video conference between the Tour’s organisers and ten of the foiling catamaran teams, a fresh plan for the 2020 GC32 Racing Tour was agreed upon. The new, inevitably abbreviated, schedule for what will be the seventh season of racing for the World Sailing-approved flying catamaran class, assumes it will be possible to hold racing in southern Europe from August onwards.

Following the cancellation of the GC32 Oman Cup, originally scheduled for March this year, it comes as little surprise that this month’s event on Lake Garda is having to be postponed. The GC32 Riva Cup was set to be the second event of 2020, taking place at the end of May, but has now been delayed to October. Similarly, the GC32 Lagos Cup in Portugal has been moved on from its original June date, to the end of August. The GC32 World Championship, due to take place in Villasimius in southeast Sardinia in mid-September, has been postponed until 2021.

So this season the organisers of the GC32 Racing Tour will stage two stand alone events:

“The teams want to get out on the race course again as soon as possible,” explains GC32 Racing Tour manager Christian Scherrer, “but given that we won’t know what the exact state of the pandemic will be, plus the individual national rules on holding sports events and the travel and quarantine restrictions that may still be in place at this time, we thought it wisest to keep the 2020 season short and simple.”

For example having the two events based on the European mainland should make it easier for teams to get themselves and their GC32 catamarans to the venues.

“It is great to see the enthusiasm of the teams and how eager they are to race their catamarans again, so we hope we can stick to this schedule,” Scherrer continues. “We are aware that this requires some optimism and we may well have to adjust our plans again as we learn more. In the meantime I hope that everyone is staying safe in these difficult times.”

At the meeting seven teams, even at this early stage, agreed they will compete on the GC32 Racing Tour in 2021. A European-based five event circuit for next year, including the World Sailing-sanctioned GC32 World Championship in Villasimius, is being finalised and will be announced shortly.