Britain’s America’s Cup team, INEOS TEAM UK, is set to join the 2018 GC32 Racing Tour. Four-time Olympic gold medallist Ben Ainslie will be at the helm for the team’s debut in the 32ft foiling catamarans, later this month at the GC32 Lagos Cup in Portugal for the second event of the European tour over 27th June – 1st July.

INEOS TEAM UK was launched in April 2018 to challenge for the 36th America’s Cup by Founder Jim Ratcliffe. On the water, Ainslie will be joined by fellow Finn Olympic gold medallist, Giles Scott, resuming the role of tactician that he undertook during the 35th America’s Cup.

The GC32 reaches speeds of up to 40 knots and, now with eight top-flight international teams, the GC32 Racing Tour will be an intense and highly competitive racing circuit. The schedule is for 20 races to be held over four days in Lagos, with an initial practice race day on Wednesday 27th June. 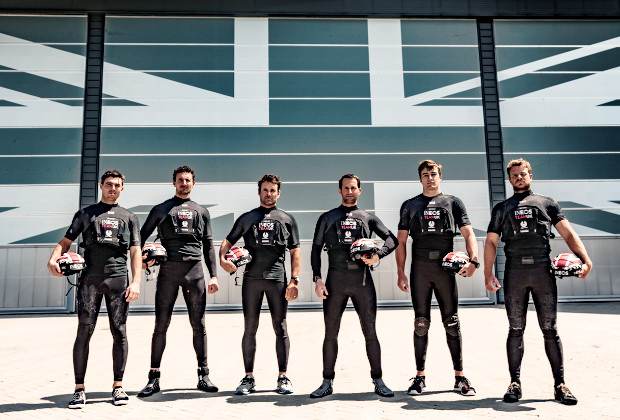 Skipper Ben Ainslie is looking forward to joining the Tour: “The GC32 is a high-performance foiling multihull, so it’s not the monohull we have in the America’s Cup, but being out on the foiling circuit gives the sailing team an opportunity to get out and race together, put ourselves under pressure as well as get to grips with technique and boat handling which we hope will put us in good stead for the America’s Cup World Series which restarts in 2019.

“We are pretty fresh to this class of boat and we are under no illusion that the type of competition we are going up against, the line-up of the teams and sailors is really strong. But we’ve made some big changes to the team, both on and off the water, we’ve brought in some new key sailors who have vast experience in America’s Cup and high-performance racing and they’ve been a great addition to the team already. We are looking forward to getting back out on the water doing what we enjoy doing; competing in a highly charged racing environment against some really tough competition and we can’t wait to get going.”

After Portugal the team will continue on the GC32 Racing Tour to compete at events in Palma de Mallorca, Spain (July/ August), Sardinia, Italy (September) with the 2018 circuit concluding in Toulon, France in October.

INEOS TEAM UK is the eighth team to announce its competition in the 2018 GC32 Racing Tour.