Owner-drivers in the majority for 2018 For its fifth season, the GC32 Racing Tour will feature seven teams from six nations and four continents...

Owner-drivers in the majority for 2018

For its fifth season, the GC32 Racing Tour will feature seven teams from six nations and four continents fighting it out in their ultra-high performance one design foiling catamarans.

All of the most successful GC32 teams are returning. This includes Realteam, winner of the 2017 GC32 Racing Tour. Back for its third season, the Swiss crew has two replacements for 2018 with the experienced Benjamin Amiot and Arthur Cevey joining from Team ENGIE and Team Tilt respectively.

Returning too is the 2016 winner, NORAUTO powered by Team France, skippered by multihull legend, Volvo Ocean Race winner and America’s Cup skipper Franck Cammas. Cammas still has his sights set on the next America’s Cup in 2021 and will be using the Tour to remain race fit: “The GC32 Racing Tour is a good circuit for sailors and for training because the format of the races are always the same and the courses are long enough to race properly.”

For 2018 the majority of teams have owner-drivers. They are congregating on southern Europe from the four corners of the globe for the GC32 Racing Tour to experience full-blown, flying catamaran racing, as featured in the last two America’s Cups, but aboard more cost-contained one designs. 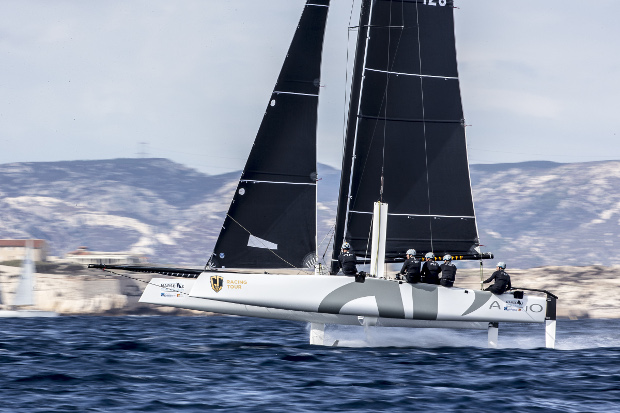 Leading the charge is likely to be Argo of American two time Melges 32 World Champion Jason Carroll. Argo won the GC32 Racing Tour owner-driver prize in 2016 and in 2017 was runner-up on both the overall and owner-driver leaderboards, winning the GC32 Villasimius Cup outright.

“After three seasons the GC32 Racing Tour is now part of our team’s DNA,” says Carroll. “The high level of racing, coupled with the flawlessly run events make it an easy decision to come to Europe every summer.” Argo’s sailing team remains the same, but with former Oracle Team USA coach Philippe Presti joining them. “Our time together will be one of our strengths this coming season,” summarises Carroll.

Simon Hull and Frank Racing are coming all the way from New Zealand. Although new to the circuit, Hull has campaigned his GC32 down under for two seasons. On board will be a Kiwi powerhouse crew, with Youth America’s Cup and GC32 experience.

From Australia is GC32 Int Class Association President Simon Delzoppo and his .film Racing, back for their second season. Tactician on board this season will be French former America’s Cup skipper Sébastien Col, who is joined by other European GC32 veterans and leading Australian foiling A-Class catamaran sailor Stephen Brayshaw.

Also returning this year is Zoulou, Erik Maris and his crew of seasoned multihull veterans, many from the French America’s Cup challenger. Zoulou ended the 2017 season on a high, winning the last event. 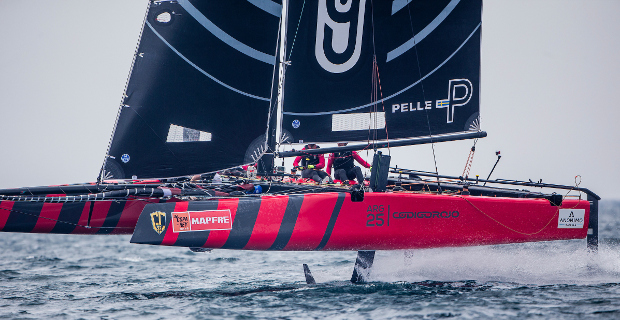 Back too is Código Rojo Racing all the way from Argentina. Having joined the GC32 Racing Tour in 2017, Federico Ferioli’s team has been practicing aboard their flying catamaran over the southern hemisphere summer. “We are excited because we have been training in Uruguay for a month or so and we have made huge improvements,” said Ferioli. “We have still a long way to go, but are much improved and better prepared. Last year we were testing the waters and getting the crew together and there was a lot we were unfamiliar with.” Most of the Código Rojo Racing crew remain the same, including Uruguayan GC32 veteran Diego Stefani.

The philosophy of the GC32 Racing Tour remains the same, aiming to provide the best foiling experience for competitors, visiting some of the best venues to achieve this. British PRO Stuart Childerley will be setting windward-leeward courses with either upwind or reaching starts, depending upon conditions.

For the list of teams – visit our TEAMS page