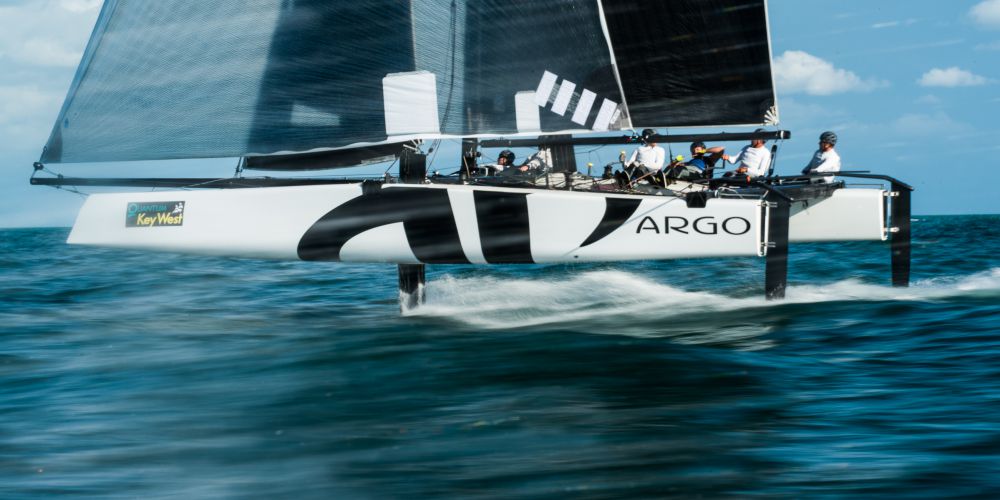 For the GC32s, Quantum Key West Race Week is a stand-alone event and does not constitute part of the GC32 Racing Tour, which kicks off on Lake Traunsee, Austria on 27th May.

Flavio Marazzi, GC32 Class President and skipper of ARMIN STROM Sailing Team, explains: “It is a nice opportunity to showcase the boats in the USA, because many potential future owners are there. We have a one design boat which is fast and fun and Key West provides a chance to show what the GC32 can do in idyllic conditions.”

With this week’s forecast indicating winds of 15-20 knots most days, the GC32s will be reaching speeds of 30 knots and their crews will no doubt be quietly wondering how many scalps their nimble, flying catamarans can claim from the substantially larger Mini Maxi monohulls, that will be starting on the same course 10 minutes before them. 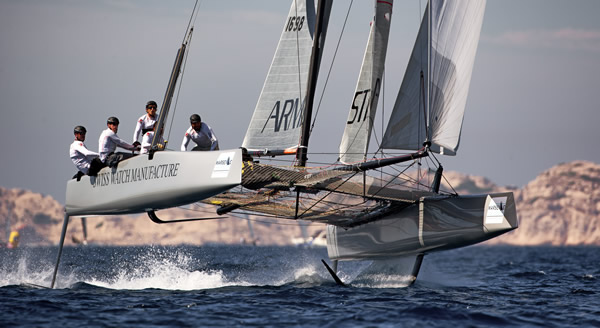 Four foiling GC32 catamarans, similar but smaller to those used in the America’s Cup, will be taking part in Quantum Key West Race Week, which represents the first significant outing for the class in North America.

Two are representing the ‘home side’. A great endorsement is American two time Melges 32 World Champion Jason Carroll and his ARGO team joining the class. “I had been looking to start pushing more aggressively into faster sailing,” explains Carroll, who has previously tried his hand at foiling on a Moth dinghy.

While this will be Carroll’s first regatta in his GC32, he and his crew have been training hard. “Foiling off the breeze is pretty straightforward,” says Carroll. “It is critical to have a couple of people who have been around the race track a few times to help ensure your board height and pitch are set up properly and to give you the primer on how to do that. Foiling upwind is a bit of more a science – you need to have perfect conditions and be willing to accept a trade-off between sailing properly on the wind versus footing off 5 degrees or so, and going through the mental process deciding whether that is better VMG or not.”

Also representing the US and racing a GC32 for the first time, will be another leading Melges 32 skipper – Alex Jackson, best known in sailing circles as the original owner of the 100ft maxi Speedboat.

From Europe is ZouLou, skippered by Frenchman Erik Maris, with a line-up on board including multihull veterans Thierry Fouchier and Jean-Christophe Mourniac, plus young guns Gurvan Bontemps and Benjamin Amiot.

This will be Maris’ first GC32 regatta, but he has past catamaran experience in the Swiss D35 class and on the Extreme Sailing Series, in addition to his formidable background in monohulls as a past Swan 45 European Champion (2003) and Mumm 30 World Champion (2005).

“Racing in Key West will be great fun, with beautiful water, and probably even better conditions than Miami” concludes Marazzi. “If it works out, there is a good chance we will go back and sail a series in the winter in the US over 2015-6.”