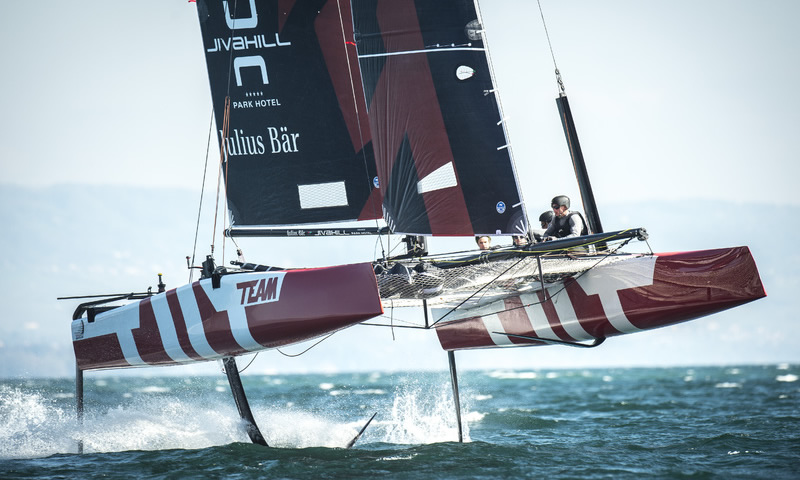 All photos by Loris Von Siebenthal

Alex Schneiter’s Team Tilt took delivery of its GC32 earlier this month, marking the beginning of the Swiss team’s voyage into the brave new world of foiling catamaran racing, that this year will also include competing on the GC32’s smaller brother, the Flying Phantom, and will culminate next summer on foiling AC45s in the Red Bull Youth America’s Cup in Bermuda.

On the GC32 Racing Tour for the first half of this season, the Team Tilt GC32 will be crewed by Emirates Team New Zealand skipper Glenn Ashby, plus Arnaud Psarofaghis, Tanguy Cariou, Bryan Mettraux and Arthur Cevey. Lucien Cujean and Team Tilt skipper Sebastien Schneiter will join the team when they are not otherwise engaged with their Olympic 49er campaign. For the second half of the season, the young sailors training for the Red Bull Youth America’s Cup 2017 will campaign the boat.

Team Tilt’s Team Manager, Alex Schneiter, commented: “The whole team is very proud to welcome Team New Zealand and Glenn Ashby to the Team Tilt adventure. It is a great opportunity to further develop these young Swiss sailors who have been part of the Team Tilt project for several years.”

Tanguy Cariou, Team Tilt’s Sports Director added: “We have a very good team, but the project is still in the set-up phase. We have the potential to do some great things this season.”

Sébastien Schneiter, Skipper of Team Tilt said: “Our initial sailing experiences on the GC32 have gone very well. The boat behaves similarly to the Flying Phantom, but is more stable. I am looking forward to sailing in stronger conditions like on Lake Garda, for example! As for the Red Bull Youth America’s Cup project, we have some excellent candidates, it is very encouraging.”

Their new Australian crewman, multiple A-Class catamaran World Champion Glenn Ashby, got the opportunity to train with Team Tilt this week on Lake Geneva. “It has been a great pleasure. They are talented and very motivated – I am delighted to be racing the GC32 Racing Tour with them and to be contributing to the Team Tilt project!” he said.

While they have only taken delivery of their GC32 this month, Team Tilt’s initial ambition is to get up to speed with the more experienced GC32s crews as quickly as possible. 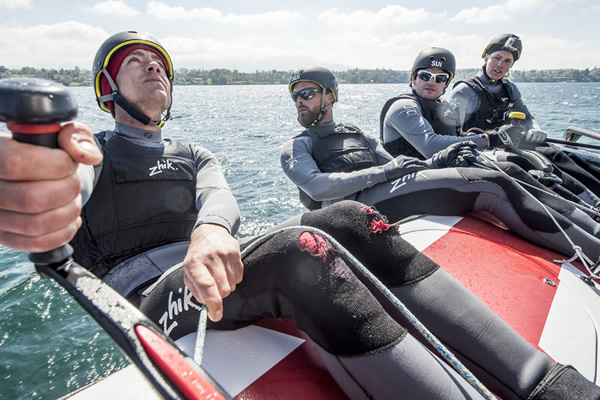 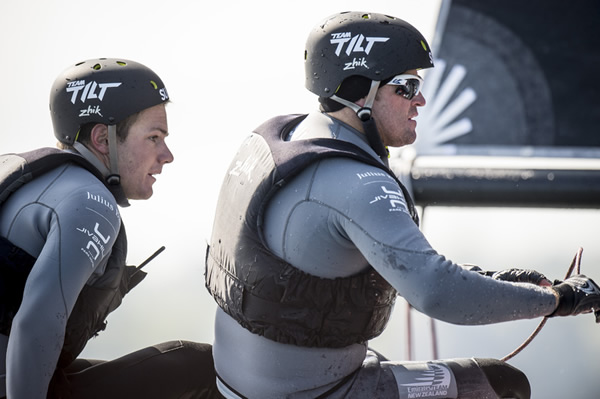 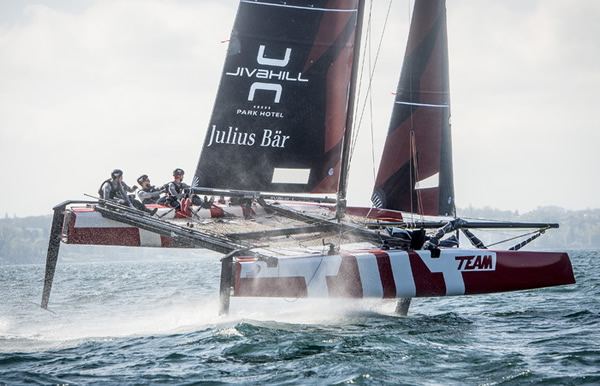