TIGHT BATTLE FOR THE PODIUM WHILE ALINGHI CONTINUE TO SHINE The six teams couldn’t ask for more of the conditions than they experienced on the penultimate day of the GC32 Lagos Cup 1. Sunny skies, flat water, moderate breeze but very shifty, meaning you could never relax for a moment. Even Alinghi struggled early on with an out-of-character 5th place in the opening heat of […] 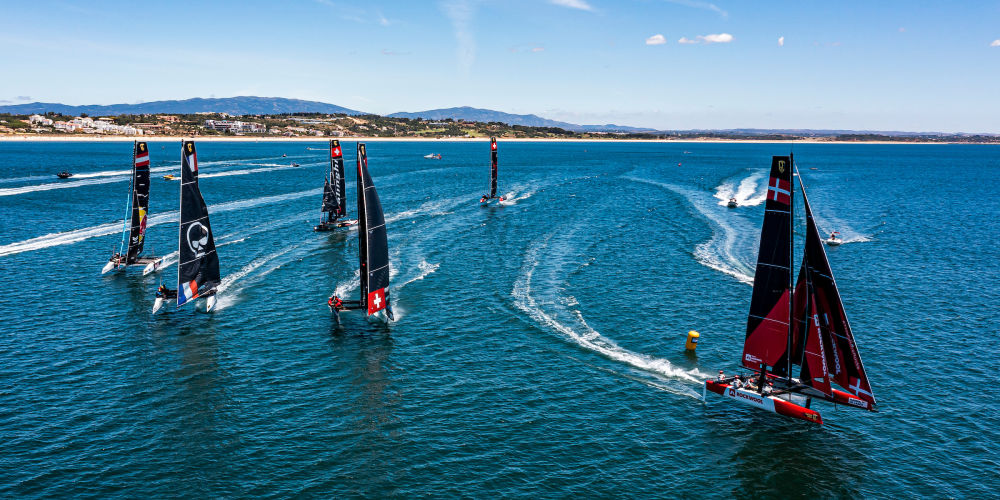 TIGHT BATTLE FOR THE PODIUM WHILE ALINGHI CONTINUE TO SHINE

The six teams couldn’t ask for more of the conditions than they experienced on the penultimate day of the GC32 Lagos Cup 1. Sunny skies, flat water, moderate breeze but very shifty, meaning you could never relax for a moment. Even Alinghi struggled early on with an out-of-character 5th place in the opening heat of five races this afternoon. But the Swiss regrouped and soon rediscovered their mojo to take the last three winner’s guns of the day, moving further ahead of Red Bull Sailing Team in second place overall.

After breaking their mast the previous day, another Swiss crew on Black Star Sailing Team were looking for redemption. They didn’t have to wait too long, finishing 3rd in the first race and then firing their first Lagos bullet in the next. A very good bounce back by Christian Zuerrer and his resilient team. “It feels great,” said Zuerrer, “and only possible for us to race again today because all the teams helped us to get everything managed on the water yesterday without any major damage to the mast.

“I’m really grateful to Zoulou for lending the bottom section of their spare mast to us. Our whole team did a great effort, a long night shift to set up the new mast by the morning. Sopramar Nautical Centre did a great job helping us with the craning in the mast.”

What a return to form for Black Star. “We wanted to come back with a bullet, unfortunately the wind shift was not with us in the first race, but then we got our bullet in the second race. We’re aiming for the podium tomorrow.” 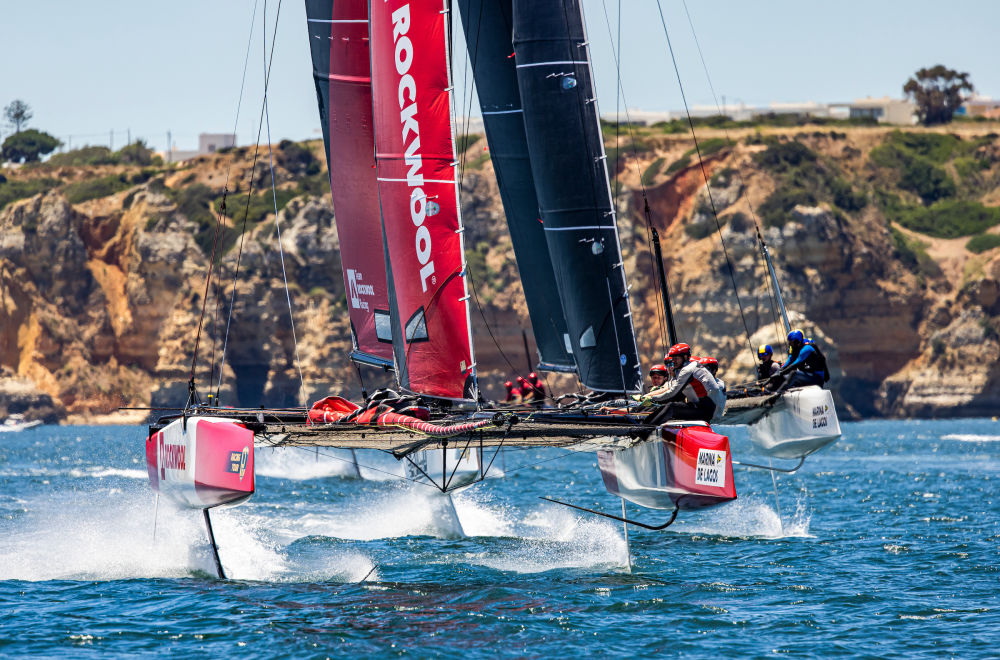 A lot of teams are aiming for the podium, in fact. Red Bull Sailing Team from Austria holds second place overall with 43 points, Team Rockwool Racing from Denmark is third on 47, Black Star on 51 and French team Zoulou on 55. In such shifty conditions on the Algarve coast, expect some reshuffling of the pack on the final day. Although Swiss Foiling Academy struggled to make an impact on the fleet today, the young team continue to learn and show great determination to raise their game.

Nicolai Sehested is steering Rockwool a little better every day as he gets to grips with the GC32 for the first time. “We’re still a way off Alinghi but we are improving day by day like we hoped we could. Super tight racing and these teams around us are sailing so well, so if we have a bad day tomorrow we’ll be back at the bottom. We have to keep learning, keep improving, otherwise we won’t keep these teams behind us for long. The learnings and improvements are more important to our team than the result, but of course, yes, we’d love to get on to the podium tomorrow.”

Erik Maris is having the time of his life competing on these waters at the helm of his beloved Zoulou. For the only owner-driver in the fleet, the GC32 and the conditions in Lagos offer the ultimate combination, a racing sailor’s dream. “Conditions today were perfect, a bit less windy than yesterday, just in the right range for these boats, which feel fantastic on a day like today. Our first four races were much better, we’re getting back in the groove. But I’m the only owner-driver here, so it’s tough competition but so much fun.”

Maris can’t understand why he’s not surrounded by other owner-drivers. “Once you get over the initial learning curve, the GC32 is not that complicated. Yes it’s physically demanding, but this boat offers such an amazing sailing experience. I would love to see more owner-drivers in this fleet because the GC32 is everything that’s great about sailing.” 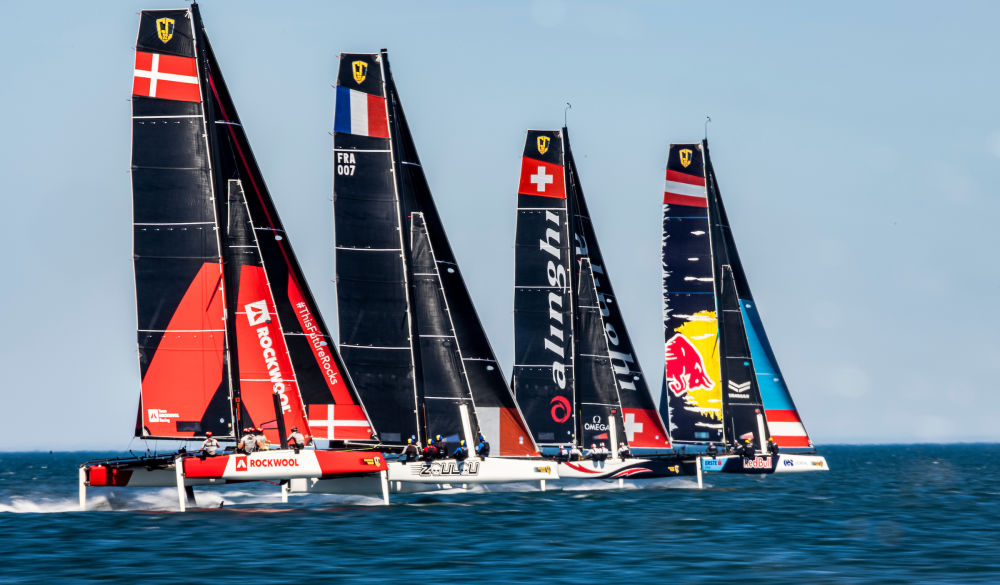 Meanwhile at the head of the pack, Alinghi are looking imperious, although not infallible. Helmsman Arnaud Psarofaghis rates one quality above all others: “Consistency. That is our main goal, to be consistent. But we didn’t start the day really well, we made a mistake on the layline and if you make one mistake in this fleet it’s over.” They followed the 5th with a 3rd place in the next. Still not good enough for Alinghi. “We pushed harder and won the last three races back to back. Conditions were really tricky, shifty, even more than the day before, nothing is over until the finish line.”