Lagos – One Week to Go: Watch out for the dark horse With great anticipation, in just one week’s time competition on the GC32 Racing Tour resumes for the first time since the GC32 Oman Cup in November 2019. Sadly the entire 2020 season for the World Sailing-endorsed one design flying catamaran circuit had to be cancelled and the first events this year also had to be […] 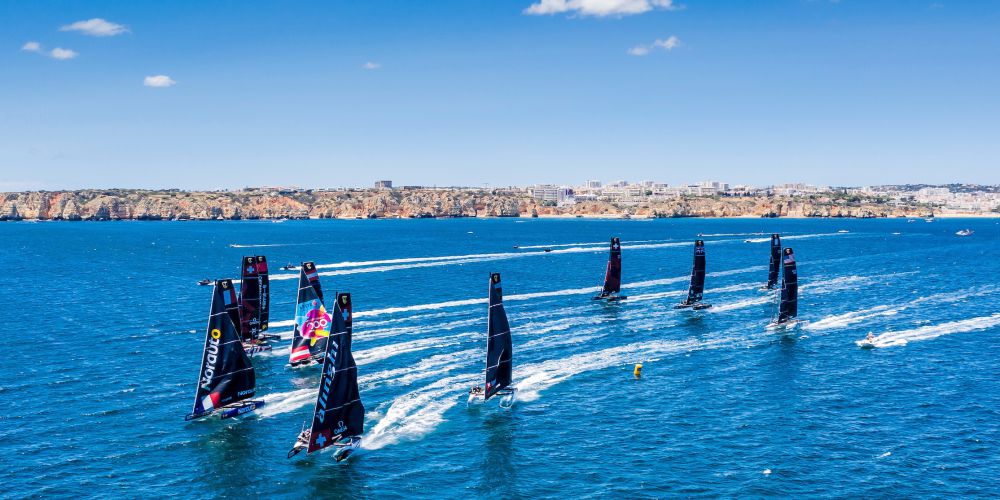 Lagos – One Week to Go: Watch out for the dark horse

With great anticipation, in just one week’s time competition on the GC32 Racing Tour resumes for the first time since the GC32 Oman Cup in November 2019. Sadly the entire 2020 season for the World Sailing-endorsed one design flying catamaran circuit had to be cancelled and the first events this year also had to be postponed due to the COVID-19 pandemic. Only with further easing of international travel restrictions later this summer will the GC32 Racing Tour will get back to its full complement of teams, including those from outside Europe.

For next week’s GC32 Lagos Cup 1, the first of two GC32 Racing Tour events the historic Algarve port will host this summer, six teams will be competing. Favourite is certainly Ernesto Bertarelli’s Alinghi team, winner of the 2019 GC32 Racing Tour, the Swiss former America’s Cup champions also having secured the World Championship title on these waters. However they will receive a stiff challenge from Red Bull Sailing Team, Austrian double Olympic champions Roman Hagara and Hans-Peter Steinacher wishing to make a strong impression in what will be their final season of GC32 racing.

French Owner-driver Erik Maris will continue to raise his game on Zoulou, having finished second in the final event of 2019. New to the GC32 Racing Tour will be the Swiss Foiling Academy with Julien Monnier and helmsman Loic Forestier as co-skippers, while on the steepest ascent is likely to be Christian Zuerrer’s Black Star Sailing Team. Zuerrer’s team has managed to put in the most training during the pandemic. They have added to their crew Pierluigi de Felice, who recently competed in the 36th America’s Cup with Luna Rossa. The Italian trimmer also has past GC32 experience with SAP Extreme Sailing Team.

The dark horse of this year’s GC32 Racing Tour is likely to be Team Rockwool Racing; the Danish team skippered by former match racing and Volvo Ocean Race Nicolai Sehested. While skipper and team are competing for the first time on the GC32 Racing Tour, the boat knows the way around the track (previously it was SAP Extreme Sailing Team).

Rasmus Køstner, who at one time co-skippered this boat with Jes Gram-Hansen is also back on board and this season will be Team Rockwool Racing’s flight controller/bowman. The last time he raced on the GC32 Racing Tour was in 2018, so following a three year hiatus, albeit with some corporate sailing during 2020 and the occasional day of crew training, Køstner expects they will be rusty. However they will be ‘race-fit’ – for they are the same the new Danish Rockwool crew that finished fifth at the recent SailGP event in Italy. 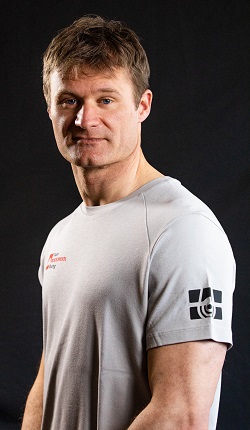 Aside from the size, speed and sophistication of the substantially more expensive F50 they race with SailGP, Køstner says that one of the most noticeable differences between the two boats is that the GC32 has a conventional sail plan with a mast and softsails. In particular it uses no hydraulics. This means that there are times when the GC32 maybe slightly underpowered (that for example it won’t perform foiling tacks like the F50), but on board there is a level of ‘feel’ that you don’t get from the bigger boat, where almost everything on board is controlled hydraulically. “On the GC32 you have feedback from whatever you are moving, which you don’t quite have with the F50. You get used to it, but you do miss the feedback you get from the GC32, which is good in most scenarios, but can be a bit challenging when the speeds are high.”

Køstner also remarks on just how confident the teams are racing the GC32 to the max today compared to when they first stepped on board – in his case at the end of 2015. “I remember when we put the boat in the water for the first time in Dubai, we thought it was really a handful – we were stressed. We thought it was a fast, uncontrollable boat and there were some things that we had a hard time managing, but eventually you learn it and you know there are some things you can do when you are foiling that you can’t do if you’re not and there are some other things that you can’t do when you are foiling that you maybe could do in the Extreme 40 or other catamarans.

“Now many years later, we definitely feel we can push it and are confident sailing it – when you are pushing yourself a lot in the GC32 in a lot of breeze, you do get more comfortable with the limits. We can throw the GC32 around and we can also easily get on the water for a couple of hours and come back in again with good intensity and good learning. It is nice to know that if you put in the hours then you will get very comfortable with the boat and you will be able to push it very hard.”

Køstner adds that there are techniques they have learned on the F50 which may also be applicable to the GC32. However they won’t be alone in being able to implement these for on race favourite Alinghi, helmsman Arnaud Psarofaghis recently took over helming the New Zealand SailGP entry.

Next week the GC32 Lagos Cup will follow its normal schedule of practice racing on the Wednesday followed by four days of racing proper.