Erik Maris and Zoulou return to the GC32 Racing Tour for the first time since competing at Key West Race Week in 2015. 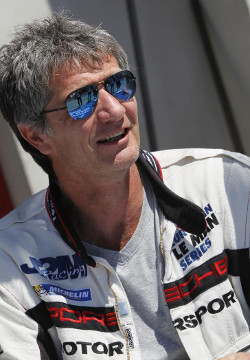 “I have sailed on many boats over many years, including multihulls, but I’ve found that the GC32 is something completely new and different compared to everything else I’ve experienced, thanks to the new dimension of sailing on foils,” Maris explains. “I was expecting foiling to become a ‘must’ even before trying the GC32, but now I’m convinced: Once you’ve tried it, it is hard to do anything else. This is what attracted me back into a sailing project for the first time in more than two years.”

Like Argo’s Jason Carroll and Naofumi Kamei, owner of Mamma Aiuto!, Maris also has a strong background in one design monohulls. He is a past Swan 45 European Champion (2003), Mumm 30 World Champion (2005) and also raced a Farr 40 before moving across to catamarans. In 2009 and 2012 he competed on the Extreme Sailing Series and in 2010 joined the D35 catamaran circuit on Lake Geneva.

Maris’ absence from the  GC32 Racing Tour is due to his other passion – racing cars. This year he competed in the 24 Hours of Le Mans. However now he has committed to the water and will be joining the GC32 Racing Tour for the remainder of the season.

However as Fouchier warns: “We’ll get in some training to get Erik used to helming again, and for us to remember how to use ropes!” As to the GC32 Racing Tour, he adds.:“The GC32 is a good boat and I think the GC32 Racing Tour is good for owner drivers – it goes to nice locations and the format is ideal.”

Tweets by GC32RacingTour
By continuing to use the site, you agree to the use of cookies. You can find more information in the privacy policy
Options
Accept